4 reasons why Justice Anin Yeboah will be stepping aside. Check out (opinion)

In the next couple of weeks if not days, Ghana's Chief Justice (CJ) Justice Anin-Yeboah JSC will be stepping aside to allow for investigations into an alleged bribery scandal. 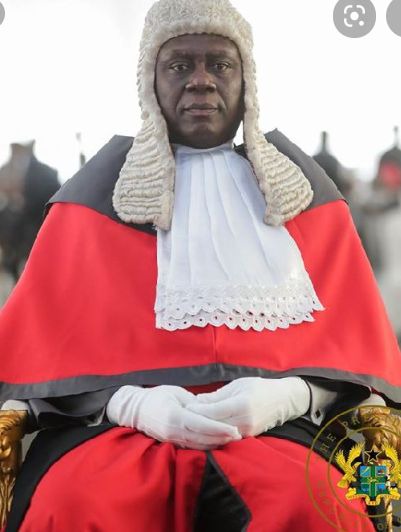 It will be recalled that, a private legal practitioner based in Kumasi Lawyer Akwasi Afrifa alleged that the chief justice demanded for a $5m bribe from a chief by name Nana Ogyeedom Obranu Akwasi Atta IV

According to the lawyer who was a counsel to the said chief in a case pending before the supreme court, Justice Anin Yeboah demanded for the said amount from his client in order to give him a good outcome of the case. In addition to the bribe which was demanded, lawyer Afrifa said his former client also disclosed to him that Justice Anin Yeboah asked him (Nana Ogyeedom) to go for Lawyer Sam Okudjeto as his counsel in his (Lawyer Afrifa) stead.

These allegations were contained in a response to a petition the chief had filed at the General Legal Council (GLC) against the lawyer demanding for refund of an amount of $100,000.00 his former counsel.

But both Nana Ogyeedom and Chief Justice have since denied the allegations. Justice Anin Yeboah went a step further to lodge an official complaint at the Criminal Investigation Department (CID) of the Ghana Police Service to investigate the allegations. He also referred the matter to the Desciplinary Committee of GLC to further investigate and sanction where application.

These two referrals are the basis of this article. 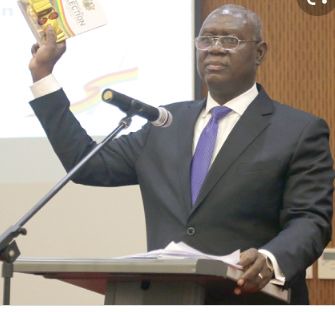 Many have since called on the chief justice to step aside for proper investigation to be carried out. The National Democratic Congress (NDC), Alliance for Social Equity and Public Accountability (ASEPA) and many other lawyers have called on the number 4 gentleman to step aside.

But the fact is that, the chief justice himself knows that he will step aside on legal grounds and on principle. He is only waiting to put appropriate measures in place to ensure his absence does not affect judicial services in the country.

The following are the reasons why I think the Justice of the Supreme Court will eventually step aside.

In a civil litigation, the guiding principle is that, 'nemo debet esse judex in propria causa' meaning, no one may be a judge in his own cause. The law of natural justice prescribed that in a situation where a judge finds himself in a case he has personal interest in, the judge must recuse himself from that specific case.

Section 18 of Judicial Service Act makes it clear that the chief justice holds a disciplinary authority. 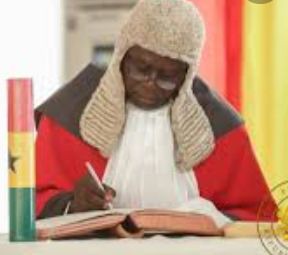 Section 18(1) reads "In accordance with article 148 of the Constitution, the Chief Justice is the disciplinary authority for judicial officers and executive officers".

Now as a desciplinary authority, the chief justice cannot preside over a case that involves him as this will go against the guiding principle. It is important to also note that this wouldn't had applied if he had not referred the civil aspect of the matter to GLC.

The learned legal luminary was aware of this provision before referring the matter to GLC. He will need no one to tell him to do the needful.

Even though this may not be as strong as the legal point, the principle of fairness demands that the CJ steps aside before the CID can conduct it's investigation fairly. This is because, both the judiciary headed by the CJ and the police work hand in hand to enforce the laws of the land. In addition, the CJ is the number 4 most important person in Ghana after the president, vice president and speaker of parliament. As such, his continual stay in office will severely affect the credibility of the investigation as it will seem not to be conducted on fair grounds. This is another reason that will make the chief justice step aside.

Eight years ago when Anas Arimeyaw Anas carried out an exposé dubed Ghana before the eyes of God" which implicated some judges, the then chief justice suspended the judges involved for further investigation to be carried out by the CID. The judges appealed against the suspension but lost.

In the same way, chief justice Anin Yeboah JSC will follow suit by stepping aside just like his colleagues were made to do years ago.

Many individuals, CSOs and political parties have called on the chief justice to step aside. Apart from the above mentioned reasons, pressure from the public can also compel his stepping aside as a sign of respect to the public. This will be easier if he knows clearly that he was innocent of the allegations.

But what happens if the CJ steps aside.

As it stands now, the laws of Ghana do not make provision for deputy CJ. As such while the CJ takes a break, one of the senior justices of the supreme court will be appointed by the president to step in as acting CJ. The chief justice will also receive half salary as though he was on suspension. If cleared, he will then take the remaining half to make it up.

In conclusion, those calling on the chief justice to resign or step aside have every right to do so. However the man per his own moves clearly point to the fact that he will voluntarily step aside to give room for the investigations to be carried out.

NB: The opinions expressed in this article are that of the writer's own understanding of the law. Any other opinion is welcome.