By Wysopera (self media writer) | 8 days ago 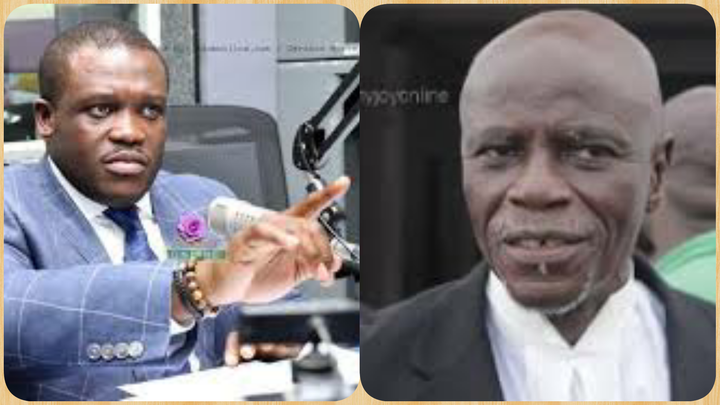 The world is truly advancing. New concepts and developments are being introduced almost every day. Some of the concepts are not entirely new, they only seem to be repackaged and presented in unique ways.

One of such concepts is the concept of the Lesbians Gays Bisexual Transgender and Queer which is widely known as LGBTQ.

Part of this notion, if not all can be traced to the days of the bible where a whole country have to be burnt by fire because of this act. It was a practice that was normal to the inhabitants of those countries known as Sodom and Gomorrah then, but after they were destroyed by fire according to the narrative of the bible, most countries have shunned the act and have termed it a criminal act for years.

Nowadays, it has been approved in several countries and the fear that it could become a norm in Ghana is eminent since there are influential people backing the claim.

Lawyer Akoto Ampau is one individual that is standing against a bill meant to criminalise the LGBTQ act. The bill was presented before parliament by Sam George and other activists since it seems there is no clear law inhibiting the act. Ghanaians have reacted and blasted Akoto Ampaw on his claim against Sam George. Below are some of the reactions to the post.

Bismark Sarpong has alleged that if the bill is not passed into law, the whole of Ghana would have to go to parliament and vote for the bill to be passed.

Duho Derrick thinks that the opinions of citizens must be regarded more than legal practitioners, which in a sense, we believe is referring to Akoto Ampaw.

The comments above have revealed how Netizens are pissed off at the comment of the legal practitioner. Julius Amagyei was pissed off to the extent that he has alleged that even satan was never a gay.

What do you think about this development?