'Be careful how you talk to me. You are very foolish' – Kennedy Agyapong to Anas’ lawyer 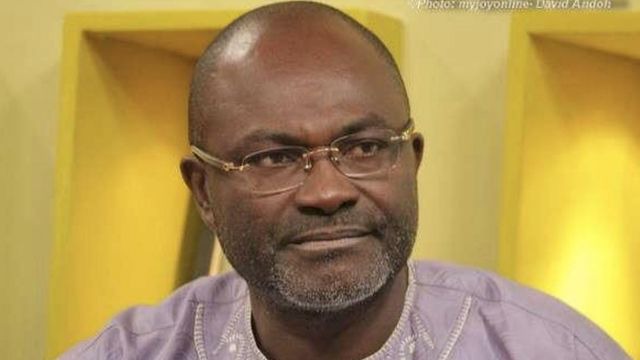 The Member of Parliament for Assin Central, Kennedy Agyapong, on Tuesday flared up in court while under cross-examination from the lead counsel of Anas Aremeyaw Anas.

The MP was under cross-examination in a defamation suit filed by Anas in which he (Kennedy Agyapong) allegedly claimed that Anas was a blackmailer, corrupt, extortionist, and evil on Adom TV and Oman FM.

The MP took offense at a comment made by Lawyer Sammy Darko which sort to challenge his competence regarding a video he obtained from the Salis Newspaper in which he used for his ‘Who Watches the Watchman.’

He subsequently called Anas’ lawyer “foolish”, compelling the judge to intervene and ordered Kennedy Agyapong to withdraw his words.

“The words he (counsel) used were an insult to me (Ken Agyepong). He earlier said I’m incompetent,” he said. “You are foolish, who the hell do you think you are? I am a Member of Parliament. My Lord, he (Counsel) is disrespecting me. Have you campaigned before?”

Shortly after making the comments, Sammy Darko told the court that Kennedy Agyapong was not only being distrustful to him but to the court as well.

The presiding judge, Justice Eric Baah, then ordered the Assin Central MP to withdraw his comments. Mr. Agyapong did as he was told and apologized to the court for the remarks.

The minister who denounced Maham's administration uncovers why he does not talk nowadays.