Going forward in the Arise Ghana demonstration issue , there has been a lot of interpretations from Ghanaians who were at the scene and saw the whole incidence, a lot of Ghanaian also have already given out their shots onto the police service for their service.

Alot of Ghanaians have shown their disappointment in the current services the police service is discharging as they believe police always resolve issues with teargas as it recently happened in Islamic Senior High. One even went ahead in asking if this is the protection they promised. 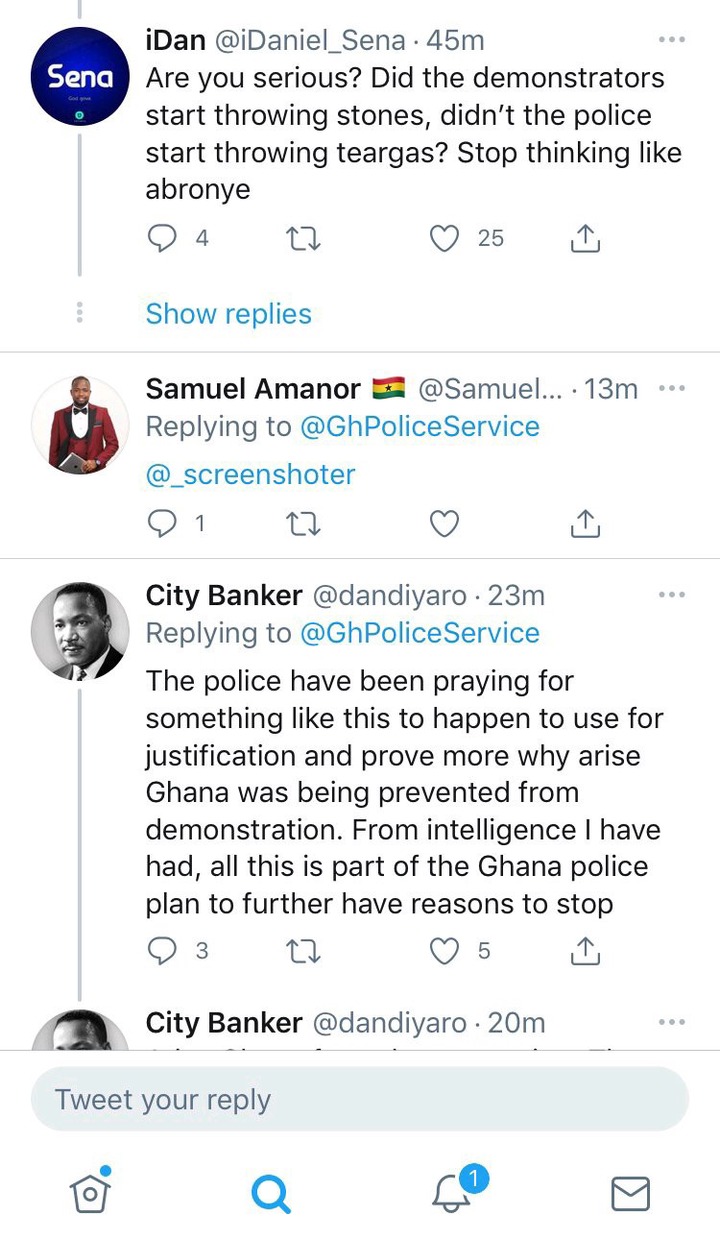 Some people explained that the Police in the line of discharging their duties as directed by the high court to enforce the usage of the ministries-independence square route not the intended nima-jubilee house route. As a result of the enforcement, a clash occurred between the two parties which pushed the police to release series of tear gas and water canons following the protestors pelting stones to the police. One of the police guards have been injured as said by the police service. 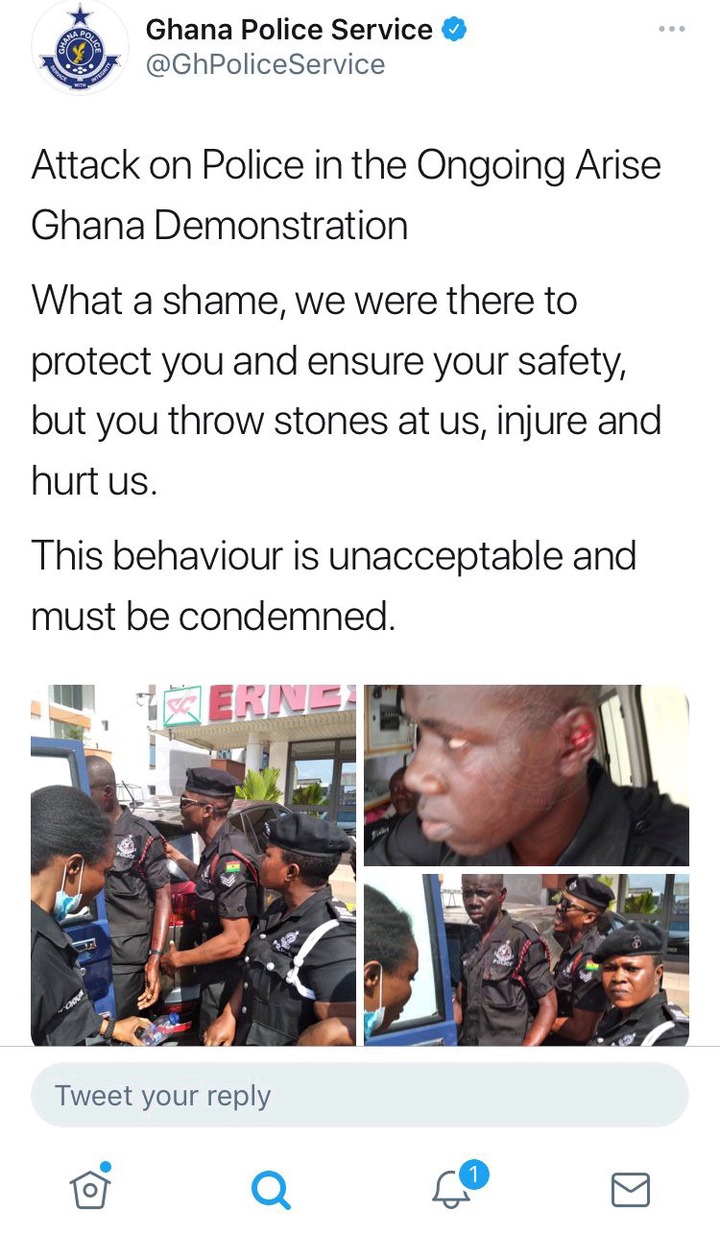 But Ghanaians who were at the scene also terms that the police officers stated the scene by releasing tear gas onto the people thereby leading the people to protect themselves with the stones they threw in response to defend themselves against the attack.