Joyce Dzidzor's HIV Positive Status; The Self Denial That Became Her 'Curse' 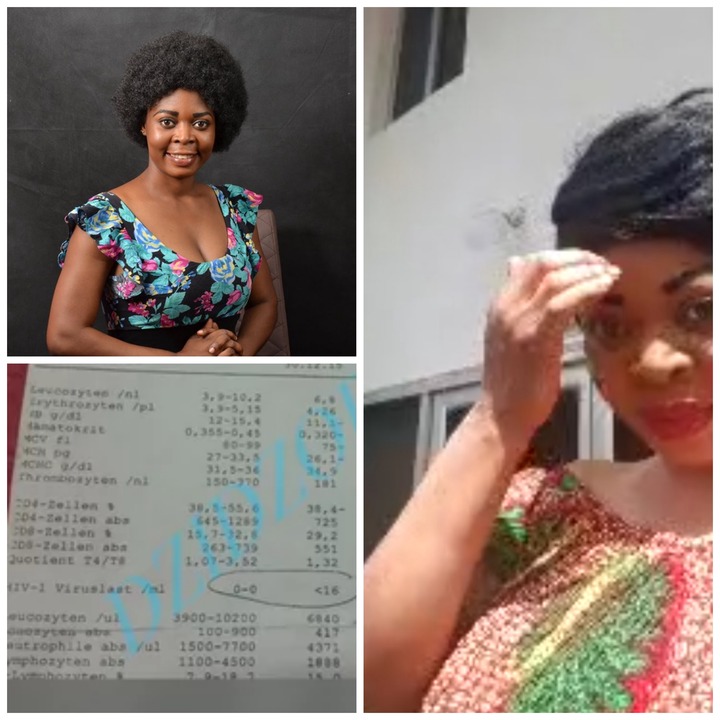 In recent times, the former Ambassador for HIV/AIDS Joyce Dzidzor had argued that she acted in her former capacity under false pretence only to advance a campaign against stigmatization meted out at HIV/AIDS victims. This claim had caused the public to doubt the administration of the Ghana AIDS Commission until yesterday when a live [on camera] rapid test proved Madam Dzidzor to be positive for HIV.

In the face of this fresh evidence is a log of cases of self-denial by Joyce Dzidzor, much dating back as far as 2014. Adding to which, she took on a series of live Facebook broadcast of a supposed HIV test result to support her claim about being negative.

In the heat of protest and in the face of threats of getting arrested for 'fraudulently misrepresentation' as an eligible candidate for the Ghana AIDS Commission and USAID HIV/AIDS Programme, Madam Dzidzor sought asylum in Germany. She is reported to have stayed and worked there for the past years until her return to Ghana in pursuit of truth and exoneration.

Unlucky, and perhaps cursed by the gods her anticipation of having to test negative to prove her claim never got fulfilled. Two separate tests confirmed she has strains of the HIV antibodies in her.

Though calm in her reception of the news, one could sense Madam Dzidzor was much disturbed by it.

A search through media reports disclosed that Madam Dzidzor had once tested positive for HIV in 2007, at the Korle-Bu Teaching Hospital.

She admitted having been placed on an anti-retroviral therapy a situation that has reduced her viral load significantly.

Perhaps it was at a point when she realised her CD4 count had fallen to zero that she concluded she was negative and that could rise to an exonerate herself.

Her story is quiet an interesting one more especially when none of her kids had tested positive for HIV.