Sunday, June 20, 2021 is Father’s Day and it is a time to celebrate men who have spent their time to groom and take care of their families despite the dangers that come their way. As heads of their families, many men fail to live up to the role of standing in to head their families. Those who do are celebrated to encourage others to also do the right thing. 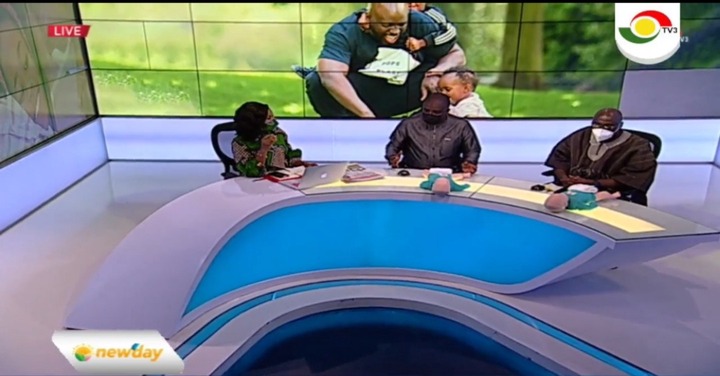 Today, Friday, June 18, 2021 on TV3’s ‘New Day’, there was the Diapers Challenge. The challenge started with Johnny Hughes. Johnny passed with distinction without any trouble. Later the political communicators of Kamal Deen, a Deputy NPP communication’s officer and Abraham Amaliba, head of the NDC legal team joined Berla Mundi to discuss issues pertaining to the nation.

The first task of the panelists was to change the diapers of an artificial baby placed on their table. Both men were immediately put in an uncomfortable situation. Lawyer Amaliba tried to explain that it was not the man’s duty to change diapers. He noted that he had removed diapers before but never changed it. Kamal Deen also agreed that it was the women’s responsibility to change. 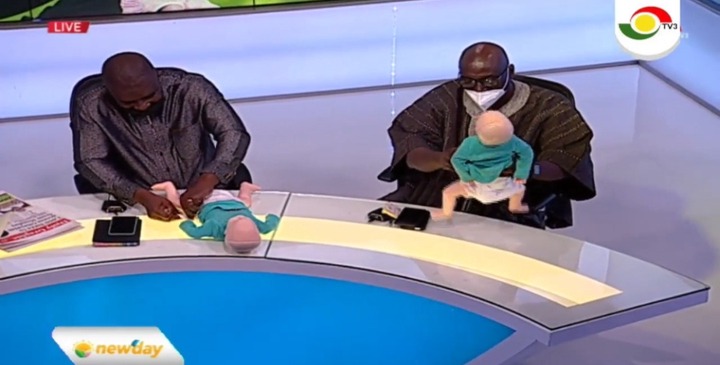 Later both men got to work and started changing. Kamal got interactive with Berla while Amaliba tried to find a way to start. It took a little glance from what Kamal Deen was doing for Amaliba to finally start. However, when he started he found his way around it. In the end both men were able to change the diapers. However, it was lawyer Amaliba who finished first closely followed by Kamal Deen.

Kamal who had initially complained about the task later thanked Berla for the opportunity to learn how to change diapers.