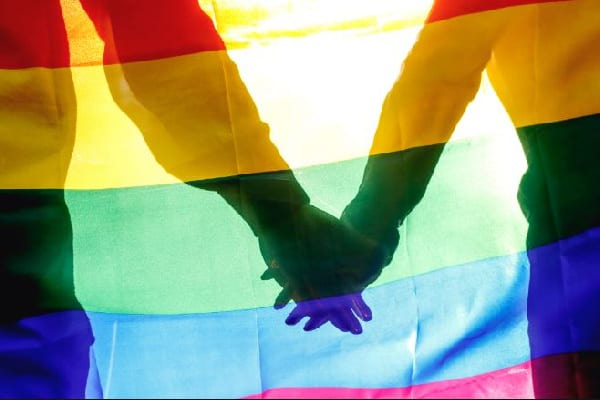 Currently in Ghana, at the mention of LGBTQ+, Ghanaians get divided. While the minority of people supports the Gay and lesbian marriage, the larger population stands strongly against it.

When the Anti- LGBTQ+ bill was laid before parliament, an opposing, group made up of high profile Ghanaians, rose up to kick against the Bill. According to this opposing group, the bill when passed into law will violate human rights.

In Ghana, LGBTQI+ bill, when passed into law will criminalize LGBTQI+ advocacy and jail LGBTQ+ people for at least five years.

While the greater number of Ghanaians including Members of Parliament, religious and tradition leaders etc, are pushing for the criminalization of the LGBT in Ghana, the opposing group is also fighting hard for the bill before parliament to be rejected.

The LGBTQ+ stands for "lesbian, gay, bisexual, transgender, intersex, queer/questioning, and many other terms.

To the ordinary Ghanaian, the fight against the LGBTQ+ is all about preventing the male-to-male or female-to-female relationships in Ghana, but there are more to that. One very important thing people, especially in Ghana must know is that, the ‘+’ in LGBTQ+, is more dangerous than we have thought.

The plus that is usually included after the acronym encompasses a list of other identities that fall under the queer umbrella. The "+" aims to include those who identify as queer, intersex, asexual, demisexual, non-binary, gender fluid, pansexual, polyamorous, questioning and many more.

In simple term, the plus (+) means, that there may be assorted and endless sexual desires, which can be added to the existing ones and that will continue unabated. This in my opinion… could be very dangerous to us as a country.

Another problems associated with the LGBTQ people, that is hardly mentioned, are the health problems. Some medical experts have revealed that, the LGBT youths are more likely to engage in alcoholism; and 9 times more likely to use injectable drugs and etc.

Check out the simple definitions of some terms that fall under the LGBTQ+.

Queer is an umbrella term for sexual and gender minorities who are not heterosexual or are not cisgender. Originally, it means "strange" or "peculiar.

Polyamory is the practice of, or desire for, intimate relationships with more than one partner, with the informed consent of all partners involved.

Intersex is a general term used for a variety of situations in which a person is born with reproductive or sexual anatomy that does not fit the boxes of “female” or “male”. Pansexualityis sexual, romantic, or emotional attraction towards people regardless of their sex or gender identity.

Gender fluids denoting or relating to persons who do not identify themselves as having a fixed gender. Gender fluidity refers to change over time in a person's gender expression or gender identity, or both. As a country, we need to intensify our fight against the LGBTQ+, because some of the intended terms under this group could be very dangerous and may destroy our country.

Do you know any of the term that falls under the LGBTQ+, that you think could be very embarrassing to us as a country, if the LGBTQ is allowed in Ghana?

Don’t forget to follow this page t get more updates.