By CitizenOne (self media writer) | 10 months ago

Thousands of supporters of the largest opposition party, the NDC are on the streets of Accra today in a protest dubed "march for justice", CitizenOne can report. 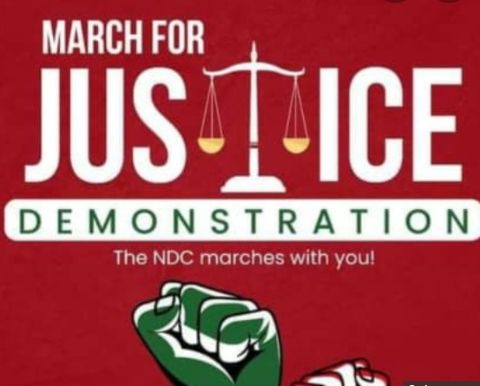 The demonstration which commence few hours ago is to demand for justice for Ejura killing victims.

Claded in red and black, the mammoth crowd converged at the Accra Mall area where party leadership addressed them. 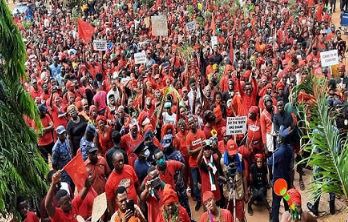 General secretary Johnson Asiedu in his address stated that the government was hiding behind covid-19 to loot the state coffers. He said the numerous killings of civilians by persons in security uniforms are the masterminds of an Akuffo Addo government. He called on Civil Society Organisation, the clergy and the international communities "who were sleeping" to wake up and speak up against the ills in the country.

Ningo Prampram legislator Hon. Samuel Nartey George hinted that leadership had gathered that the NPP machinery was planning to use the police to harass the protesters along the way. He added that the only meeting the organisers had was with the police. Therefore anyone they meet in millitary uniform will be treated as criminal, Sam George cautioned. That they will pounce on such a criminal, beat him and hand him over to the police. 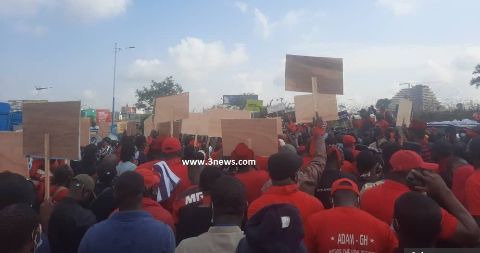 Other speakers spoke against the rampant police brutalities in the country.

As of the time of filing this report, the demonstrators were heading towards the Flagstaff House where a petition would be submitted. From there they will go to Parliament House to submit another petition to the Speaker. 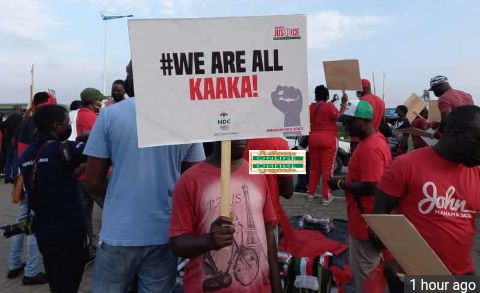 CitizenOne observed something very intriguing. The organisers procured nose masks and hand sanitizers for all the demonstrators. They also ensured that the protesters observed physical distancing during the march. If these protocols are maintained throughout the demonstration, then the NDC and the organisers of march for justice must be commended.

Other areas of commendations are the professionalism being exhibited by the police and the cooperation of the demonstrators.

Share your opinion as we bring you update from the NDC protest in due course.

Burial Date for T. T is finally Out.