A self-proclaimed physiotherapist has been charged with rape and has been denied bail.

By Akanpale Moses (self media writer) | 2 months ago 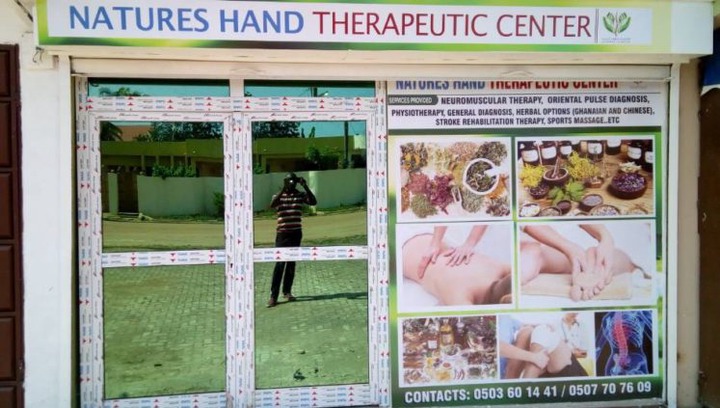 Jonathan Ohene Nkunim, a self-described physiotherapist and neuromuscular expert who has been accused of sexually assaulting his female patients, has been charged with rape.

Manasseh Azure Awuni of The Fourth Estate conducted an investigation titled "The Licensed Sex Predator," which led to his arrest and charge.

As he waited for the proceedings to begin, he glanced through the windows, closed his eyes as if in concentration, and mumbled some words.

As the judge, Rosemond Agyiri, came from her chamber about 1 p.m., a clerk yelled, "Court rise!"

Chief Inspector Richard Amoah, the police prosecutor, said the accused had been charged with rape, a crime punishable under Section 97 of the Criminal Offences Act. Rape is a first-degree felony punishable by up to 25 years in jail, but no less than 5 years. Today's court appearance was a high-octane affair.

When he had to pronounce words like "massage," "insert," and "sex," the prosecutor read the fact sheet in a low, quiet tone. He then resumed the reading with a submarine's noise level.

The judge regarded him with the suspicion of an English teacher who doubted her student's ability to read.

A self-described physiotherapist has been charged with rape and has been denied bail.

After the prosecutor slumped in his chair, the accused's lawyer, Paul Abariga, rose like a tower above the court and pursued the prosecutor. He remarked, "This is a sham of facts put together in haste to simply arraign my client."

He mocked the prosecution for failing to meticulously submit facts worthy of a trial, pointing out that the fact sheet did not even include the date of the alleged crime of rape. He claimed that the rape victim picked a journalist rather than reporting the alleged assault to the police.

And he wondered how the prosecution could show up in court without a medical report to support the rape case.

“Everyone will laugh if this is what will stand trial,” he worked up some emotions and anticipated that the prosecution will drop the rape charge.

He attempted to connect the police facts with the crime his client was accused of, saying, "I am promising this court that the prosecution will appear with yet another charge sheet."

During his response to the prosecution, he demanded three times, “Where is the medical report?”

A medical report should indicate bruising on the labia majora, the outside folds of the vaginal folds, and the labia minora, the inner folds, according to the lawyer.

He enquired, "Where is the medical report?" “Can you tell me where the bruises are? “This is a rape case that isn't a rape,” he mocked the prosecution, emphasizing that the case would never be tried.

The prosecutor responded that the evidence he had presented were from preliminary investigations, and that as the investigations progressed, more information would emerge. According to him, the sufferer was taken to a medical facility for a checkup and a report.

“The report will undoubtedly be presented at our next meeting. Without a medical report, we can't prosecute a rape case,” he assured the court, as an obviously unconvinced defense lawyer questioned whether medical proof of rape could be found on a woman allegedly raped in May 2021.

Paul Abariga requested bail for his client, praising the judge as a "highly competent" woman who would assess his client's case from his perspective and not as a "timorous soul."

The judge stifled a smile by tucking her lips into her mouth, obliterating the intensity of the adoration.

In arguing for bail, the accused's lawyer claimed that the police had violated his client's fundamental human rights by keeping him longer than the legal limit of 48 hours for suspected and accused persons. He claimed that after his arrest on September 22, 2021, Nkunim has been taken before a court six times.

The judge was irritated by the disclosure. She asked the prosecution, "Is it true that the gentleman has been in detention since September 22?"

In an attempt to excuse the illegality, the prosecutor added, "My Lady, that might be true."

The perplexed judge inquired, "What is the difference?" It was now the prosecutor's turn to teach English, and he gladly accepted.

Might imply that I am unsure. To the judge's chagrin, he taught the court, "May implies I am highly certain."

The judge voiced worry over the violation of Nkunim's human rights, saying, "This is not good enough."

The judge stated in her decision that the defense lawyer's arguments for bail had "swayed" her. She, on the other hand, rejected to grant bail, explaining that her circuit court lacked the authority to do so.

She emphasized that the police should allow the accused to consult with his lawyer and should tell his lawyer whenever he is transferred from his cell.

The Fourth Estate discovered WhatsApp exchanges in which Jonathan Ohene Nkunim acknowledged to having sex with his client without her consent, as well as a recording of a sexual intercourse with the alleged victim, during its investigations.

Content created and supplied by: Akanpale Moses (via Opera News )