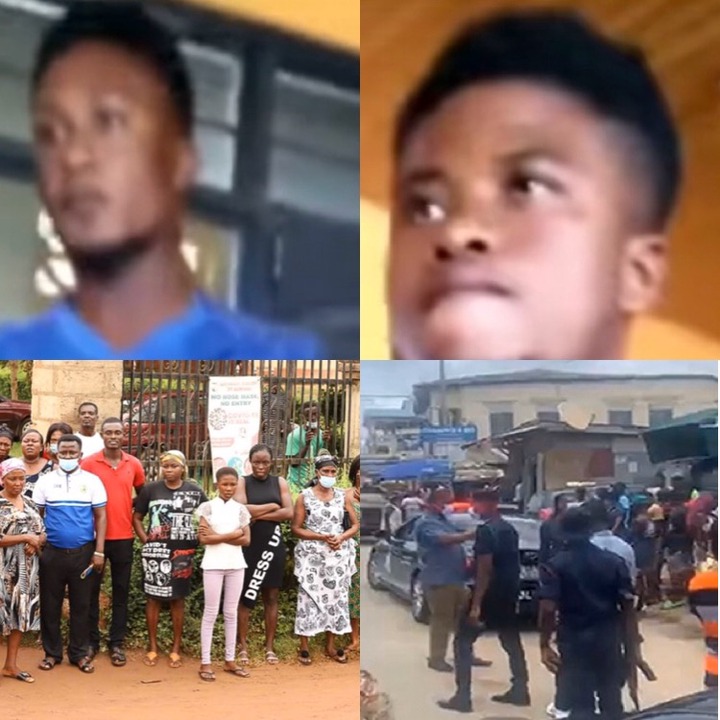 The recent circulating news that has sparked massive stir, debates and arguments across all social media platforms is the clash of two gay guys as the jealous one allegedly stabbed his partner’s right hand over cheating allegations.

The police department at Kasoa recently arrested two young men who have been alleged to be part of the LGBT community even though most Ghanaians are intolerant with same-sex relationships hence fighting for its disapproval in parliament.

According to reports by the police, the two young men are restaurant attendants at Kasoa New Market and because Evans chose to be with a lady instead of his fellow man, Prince angrily nearly stabbed him to death.

However, a recent revelation by another employee at the same restaurant the two gay partners used to work has revealed all the truth surrounding the Kasoa gay clash.

According to him, Evans wanted to end the relationship with Prince who was already gay but the latter never agreed to Evans’ decision.

However, Evans has also disclosed that, his first encounter with a gay partner was his teacher considering how that teacher forced himself on him hence he ended up being addicted.

The eyewitnesses unexpectedly revealed that, Prince took the privilege propose to Evans on Facebook before securing the job for him at the restaurant where he worked.

Upon arrival, Evans unexpectedly changes his mind over having an affair with Prince and rather went in for a girlfriend which made Prince very angry considering the effort he put in proposing aside securing the job for him.

The suspects are currently in police custody at Kasoa as further investigations are being carried out into the most anticipated case.

Do you think that these two gay partners should be killed for the unlawful act they’ve committed as the Bible claimed even though most individuals think otherwise?

Do you think that the practice of LGBT should be legalized in Ghana considering how most individuals are intolerant with same-sex relationships?