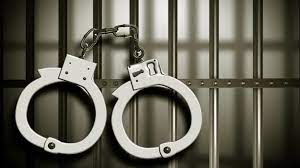 Assin-Fosu District Court has sentenced a 36-year-old tricycle rider, who stole tricycle belongs to one Mr Isaac Panya has been to two years imprisonment.

The convict, Benjamin Otoo, alias Kwame Tawia, pleaded guilty to the charge of stealing and the court ordered him to pay GHC15,000.00 in addition to the sentence.

Narrating the fact of the case, Prosecuting, Chief Inspector Gilbert Ayongo, mentioned Court  presided over by Mr Abdul Majid Illiasu that the complainant as Mr Isaac Panya, a driver, residing at Assin-Brofoyeduru with the convict.

He explained that in December 2021, Mr Panya bought a new tricycle valued at GHC13,000 with registration number M-21-AW-7356 and needed someone to work with it.

However, in January 2022, Mr Panya was approached by one Mr Samuel Amoah from Assin-Aponsie, the convict’s son-in-law to plead for the convict to give the tricycle of which he obliged.

The Prosecutor said, Mr Panya and the convict agreed on weekly sales of GHC300.00 but the convict paid only two months sales after several months.

In March 2022, Mr Panya told the convict to increase his weekly sales since the prices of spare parts had escalated but thereafter, all efforts made to reach the convict proved futile.

However, in June 2022, the complainant had information that the convict was in a hideout at Takwa-Nsuta in the Western region, and sent Mr Amoah, to the community where the convict was found and arrested by the Police in Tarkwa.

The Prosecutor said the Police in Assin-Nyankumasi proceeded to Tarkwa together with the Mr Panya and brought the convict to Assin Nyankumasi for further investigations where he confessed to the crime.

He said, unfortunately, the convict claimed he had given the tricycle to his brother, one ‘Afro’ at Agbobloshie in Accra.

On Wednesday, July 6, the convict led the Police to Agblobloshie-Arena, but his brother was not met at his shop and when he was contacted on the phone, he told the Police he had traveled to the North and denied having received the said tricycle.