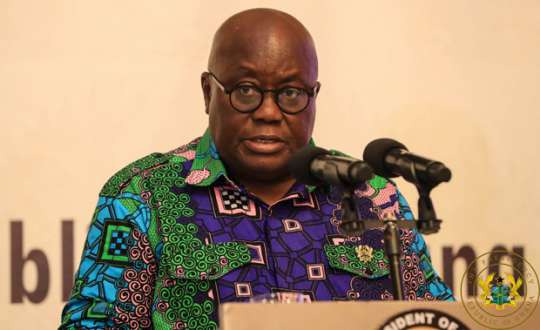 Funerals are banned temporally in Ghana, as measures by the President to help curb the spread of the deadly Covid-19. But soon after renewing the Executive Instrument, which legally gave the banning a backing, jut last month June, there was the funeral of late CEO of the Forestry Commission, and one-time NPP General Secretary, Kwadwo Owusu Afriyie, also known as Sir John.

Sadly, videos from the funeral of the late Sir John on social media showed that, many people gathered, sitting and standing very closely together, with only a handful wearing face masks, as many expected.

In a viral video found here at Facebook (VIDEO), Joy FM's Senior Journalist and Anchor, Kojo Yankson on the late Sir John's funeral and the COVID protocols was emphatic and hard, as he insisted that, "Funerals are banned in Ghana, what was Nana Addo Dankwa Akufo-Addo, Dr. Mahamudu Bawumia, Chief Justice, and all those other ministers doing at a banned event? I am not exaggerating when I say the President of Ghana and others broke the law"

Well, he wasn't the only one who had expressed their disgust at the top member of the current government, who had been at this funeral, which is banned by the Presidents now legally binding ban, as a result of Covid-19 restrictions imposed on all Ghanaians.

A former Deputy Minister for Health, Kwabena Mintah Akandoh, had condemned the blatant disregard for COVID-19 safety protocols during the funeral. “I thought the President was going to lead by example. It becomes exceedingly difficult for people to obey the law we make because the very people who propose the laws and approve them are the same people who at the end of the day flout those rules. It is unacceptable,” he said in an interview on Citi FM's Eyewitness News.

The NDC MP said with information that Sir John died from COVID-19 complications, it was wrong that he was buried amidst a huge public gathering especially as the government had directed and forced other families whose relatives were lost to COVID-19 to have private burials or the state buried them without any funeral activity.

“We are aware of how people who are killed by CVID-19 must be treated and buried. We saw the President file past Sir John’s corpse. Is this the kind of President superintending over the country? [It appears] there is a set of rules and laws for the ordinary Ghanaian, while others [government officials] decide to break the law at any point in time,” he had stated.

Kwabena Mintah Akandoh further called on the country’s law enforcement agencies to quickly take action against the organizers of the funeral saying that just as they have done to other citizens in the past by punishing them for breaking the COVID-19 protocols, they must apply the law in this instance.

The pressure group, OccupyGhana also expressed concern about this event, as in a statement dated Sunday, June 6, 2021, the group expressed worry that some government officials also joined to flout COVID-19 protocols instituted to help contain the spread of the corona virus disease in Ghana.

OccupyGhana said that move was likely to embolden several people to treat COVID-19 protocols with disdain and contempt. “This behaviour of people in a position to know better is deeply worrying, and while we can only pray that it doesn’t happen, if in weeks, this event turns out to be a super spreader event with more deaths and hospitalizations, government will have no one but itself to blame for its inability and unwillingness to show a better example,” it said. 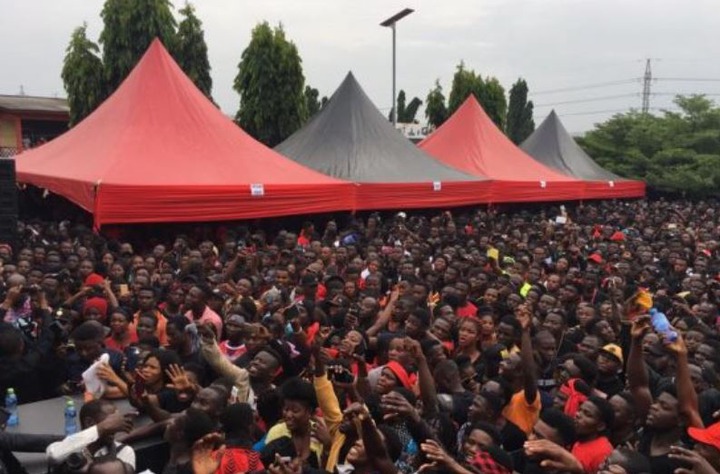 Again, the Ghana Medical Association, GMA, for instance, called on the country’s security agencies to deal with the organizers of the funeral for the late Sir John, adding that, it is disappointed that the funeral, which had high-profiled state authorities including President Akufo-Addo and Vice President, Dr. Mahamudu Bawumia attending, was done in total disregard for COVID-19 protocols.

“We call on the law enforcement agencies to investigate and deal with the organizers of this and any similar events to serve as a deterrent to others who intend to endanger the public health of our nation. We call on the Inspector General of Police (IGP) to act without fear or favor in this regard,” the GMA said in a statement.

The GMA had then said that, such incidents in the past were responsible for the second wave of COVID-19 spread in Ghana earlier this year, hence allowing such gatherings to occur again could lead to another spread of the virus in the country.

Well, like proverbial prophets, the chicken are home to roost, as there is an “astronomical upsurge” in COVID-19 cases, reported in the region now. In a sighted statement from both the Kumasi Metropolitan Assembly (KMA) and also KNUST, the upsurge in the numbers of Covid-19, may well be on the verge of overwhelming them now.

“The upsurge of the new cases in the Metropolis has been mainly attributed to the general disregard for the Covid-19 safety protocols, funerals, parties, and other social gatherings. From 1st July to 13th July 2021 Health facilities, within the metropolis have recorded over 200 infection cases with 10 mortalities occurring at different Treatment Centres within the Metropolis,” the statement said.

Whereas the statement of KMA, cites that, "the COVID-19 situation in the Ashanti Region appears to correspond with happenings within the Kumasi Metropolitan Assembly (KMA) hen the assembly issued this press release on Monday, it added that, the upsurge in the cases in the metropolis had been mainly attributed to the general disregard for the COVID-19 safety protocol, especially at funerals, parties and other social gatherings. 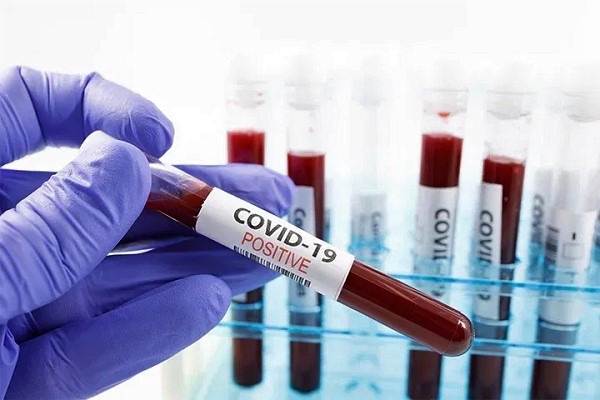 Clearly, it failed to mention that, the most attended funeral over the last month, was the Sir John funeral, that saw thousands, despite blatant disregard for the Covid-10 restrictions and protocols.

The statement ended by asking that, “the general public is therefore entreated to as a matter of urgency continue to adhere to all the Covid-19 safety protocols, i.e. wearing of face mask in public places, washing of hands with soap under running water, avoiding handshaking, and social distancing.”

Interestingly, renowned journalist and Lawyer, Samson Ayenini is a shade, has posted on his Facebook page that, "Pray - Dear God, cause us to apply our hearts to the wisdom You give in the science to observe the protocols so Corona shall PassOver when it sees the signs of the prevention on us."

Clearly, he understands the correlation between that disregard at the funeral of Sir John, starting from the President, to the top leaders, ranging from the Vice President, Attorney General and several other Cabinet Ministers, the Chief Justice, just name it, they were present.

Elvis Darko writes "Amen. Alarming rate of infections at KNUST. They were recently fighting over elections"

Konde Jaween-sama writes "Samson Anyenini I rather you pray for the health Minister and the president to get the needed courage to do the needful." 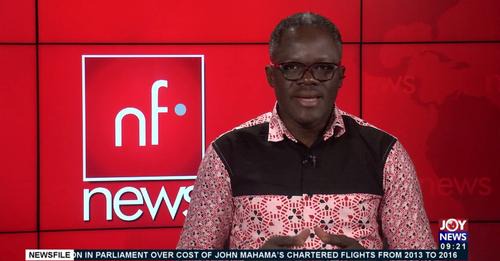