By Abrahambudoung (self meida writer) | 27 days 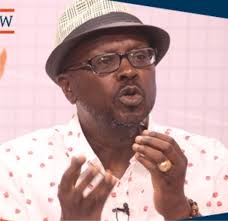 These known people must be named, arrested, investigated, prosecuted and sent to prison (Nsawam not the Pentecost one).

Further, the law enforcement must go after their assets, including the excavators, which the country needs and can be put to good use.

The system of government that we voted to operate does not allow the minister or the executive to suspect and decide that excavators are being used unlawfully and punish the excavators on that determination.

Rather, the executive is supposed to take its evidence to a court of law for that court to determine culpability and punishment.

When the executive decides to burn excavators outside the lawful process, it gifts the owners a cause of action that will result in the payment of judgment debts. It is no defense for the Republic that it suspected that the excavators were being used to pollute our rivers.

In the end, (1) our rivers get polluted; (2) the known polluters are not held accountable or in some cases deported to China; (3) needed excavators are burnt; (4) the taxpayer pays the galamseyers for their burnt excavators; and (5) taxes are increased to buy new and needed excavators.

We once thought that demolishing Makola was the way to tame kalabule. It was not. The lesson is not just obvious, but it is remarkably clear.

The solution here is to arrest and prosecute the big men behind the galamsey. As Otumfuo said, they are well known.

And that raises the million dollar question: why can’t we go after these people? What are we afraid of

Content created and supplied by: Abrahambudoung (via Opera News )