We Are Happy With The Decision Of The Court: Suspects In Feyiase Beheading Case In Fresh Trouble 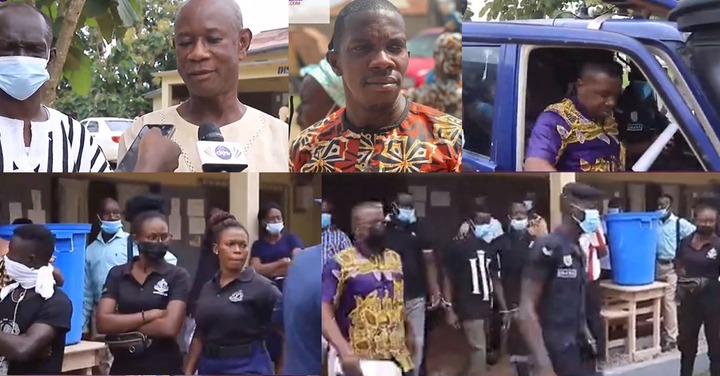 The faces of the family of the beheaded driver at Feyiase in the Ashanti Region filled with excitement when the court finally made a decision after the second hearing of the case on Thursday. The three suspects in the case were paraded before the Kuntanase District Court. The first suspect, Rashid Ibrahim has been charged with murder whilst the second and third suspects, Richard Addai and Anthony Sekum have been charged with abatement of crime.

In court, the counsel for the second and third suspects, Emanuel Abu Sobrah pleaded for his clients to be offered bail. He was of the conviction that he will provide them to the court anytime they are needed. After considering various arguments, the Judge, his worship Francis Asakea denied the plea and remanded the suspects a second time.

He argued that it will be in the interest of the suspects to be on remand. They are to reappear in court on September 8, 2021. That’s promising fresh trouble for the three suspects especially the second and third whose lawyer had indicated that they have no direct link to the murder. As the police escort them from the court premises, they could be seen disappointed with handcuffs on their hands.

But it was good news for the family of the beheaded driver, Israel Agyei. His uncle, Kwabena Karikari Agyemang was present in court with other members of the family and indicated that they are very satisfied with the decision of the court to remand the suspects.

Their prayers are that the suspects will be made to face the punishments for their crimes for their deceased family member to have a peaceful rest. The prosecutor who is also the District Police Commander, DSP Eric Akwaboah was also happy about the decision of the court. It is believed that the remand period will offer the police the opportunity to gather all the needed evidence to convict the suspects. In the meantime, a fourth suspect is currently on the run and the Police have promised to apprehend him as soon as possible.