By Edifnews (self media writer) | 1 year ago

Armed police officers have been deployed to Independence Square in an attempt to prevent the expected ‘FixTheCountry' protest from taking place today, May 9, 2021. 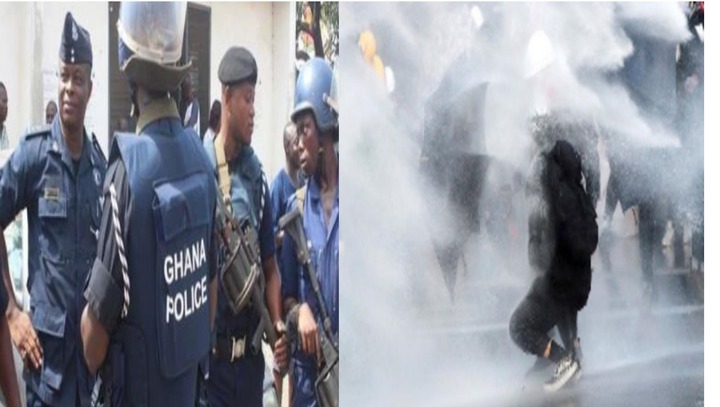 With some of their water cannons, the Formed Police Unit team could be seen in the Square.

Photos and videos of them have already gone viral on social media, with users criticizing and labeling their acts as reprehensible.

On social media, Ernesto Yeboah, the founder and chief of the Economic Fighters League, said, "We are coming with placards, they are coming with hot water cannon machines." What a step backward. What an oppressive atmosphere. "How dare you go against the people."

"A government that prefers to rule rather than free its people." Rather than enliven, to suffocate. This is why #WeAreAngry and #FixMotherGhana are marching.”

Over the course of the week, the police were able to obtain an ex-parte injunction that prevented the organizers from organizing the protest.

The police claimed that the limits on public gatherings imposed during the Covid-19 outbreak were still in effect.

They demanded that the organizers either call off the protest or plan it at their own risk.

Following this, police have taken shelter in Independence Square in an attempt to prevent demonstrators from organizing a protest.

President Akufo-Addo Is Likely To Go For A Third Term

Henceforth, we will arrest these persons and deal with them drastically - Ghana Armed Forces Warns