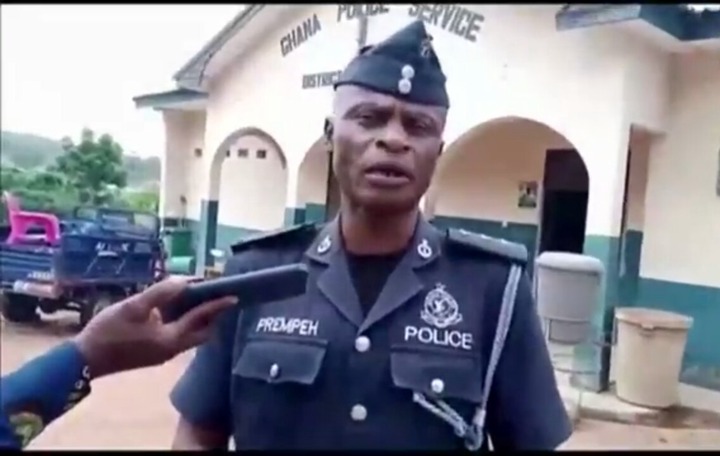 The widow of the late Michael Aboakwa, Sarah Aboakwa has been saved from the menace and name-calling from her late husband's family after she was accused of murdering the husband for his properties, which the family has since failed to prove with evidence. The widow who was about to be lynched to death was saved by police commander Matthew Prempeh when he was on his way to a meeting outside Kumawu. The family was chasing the woman out of her deceased husband's one-week celebration when the police commander appeared on them and saved her from the attack of the family.

All the men and women who were running after the widow, Sarah Aboakwa, all disappeared into the bush when the police vehicle run into them and gave the woman shelter. The commander after been briefed by the widow on the reason for the attack by the mob, drove her to the funeral grounds and together with an assigned police officer, the widow was allowed to partake in her deceased husband's one week mourning without any interference from the family.

Sarah Aboakwa who has been accused of murdering her husband narrated her ordeals to the police commander that, she has been married to the husband for eight years and could never do anything bad to him but the family, in their wrongful allegations strongly believe she was the cause of the husband's death.

The husband Michael Aboakwa went for a funeral celebration on 13 June 2021 and upon returning, he had an accident and died. The family members who were the last to see the man in Kumawu blamed Sarah for sending the husband to his early grave. The family alleged that the husband received a call from Sarah that, her younger daughter was critically sick and that made the husband confused as he drove back to Kumasi on the night of 16 June.

Do Sarah Aboakwa and the husband's family have issues?

Sarah Aboakwa after her marriage to Michael moved into a two-bedroom house in Kumawu with her husband in October 2012. The house which was built by the husband before his marriage to Sarah was said to have been build on a family land belonging to the husband's family.

This made the family use the couple's home as their road for everything they needed. Uncles were going there for their daily bread, sisters of the deceased husband were always there for the money and every family member who needed a problem solved financially, went to the house of Michael Aboakwa to get the money they needed.

This infuriated Sarah and he forced the husband to seek for transfer, and they were able to move from Kumawu to Kumasi. The relocation of the Aboakwa's has since made the family develop hate feelings for Sarah because of the money they weren't getting from the man again. Though nobody was able to fight Sarah while her husband was alive, but she is been blamed for the death of the man.

'The police and Sarah Aboakwa'

Police Commander Prempeh who is the municipal commander of Kumawu Police command, saved Sarah from been beaten to death by the family and later warned them of prosecution if anything happened to her throughout the one-week funeral mourning and the main funeral burial. Commander Prempeh encouraged the family to come to the station and file a criminal report if they have evidence that, the husband, Michael Aboakwa was murdered by the wife. 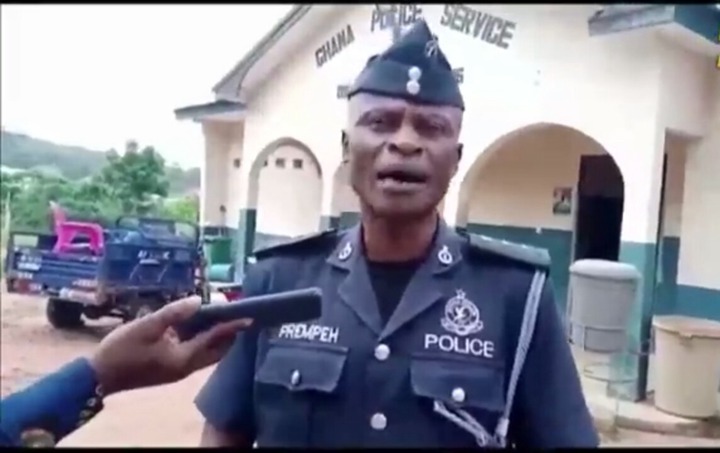 The commander further stated that it is only a court that can deem someone guilty of a crime, so until the family makes a formal report for the arrest of Sarah over the death of her husband, nobody can call her a murderer or beat her to death. Bring your case and let's process it to court if you believe the woman killed her husband, said Commander Prempeh. 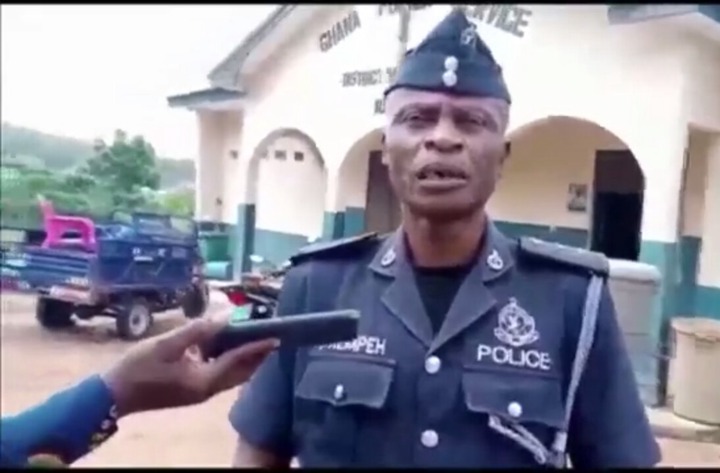