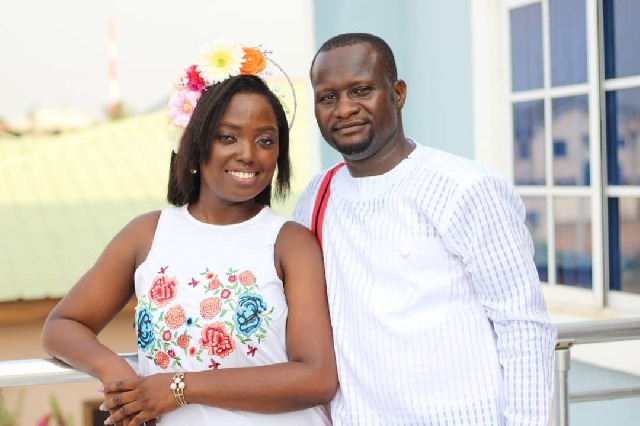 Dr Aggrey is currently standing trial for his alleged involvement in the kidnapping of his wife, Rhodaline Amoah-Darko

Dr. Wilberforce Aggrey, the spouse of the Ashanti Regional Lands Commission official who went missing, was denied bail by the Court on Friday, 14 January.

The KNUST lecturer is currently on trial for allegedly abducting his wife, Rhodaline Amoah-Darko.

The AG's office, which has taken over the issue and is represented by Charles Edward Addo Yirenkyi, stated that their advise on the matter has not yet been dispatched, despite the fact that it is ready.

He also stated that more inquiry into the problem will be required.

The state's attorney, on the other hand, contended that if the accused is released on bail, he will obstruct investigations.

The witnesses, according to state counsel, are those who worked under Dr. Aggrey.

Following that, the accused was denied bail by the court.

The lecturer's lawyer asked the court to release their client on bail.

Meanwhile, Members of the Ghana Institute of Surveyors, an organisation Ms Darko was a member of previous to her disappearance, who were present in court have accused the police of granting the accused privileges even while in detention.

As a result, they've requested that authorities investigate the situation.

The KNUST lecturer is on trial for allegedly being involved in the kidnapping of his wife, Rhodaline Amoah-Darko.

The Lands Commission's staff, who were in court, expressed their delight at the AG's decision to take over the case.

The Lands Commission wants justice for their missing colleague, according to the staff.

Dr. Aggrey is accused of kidnapping.

According to the authorities, the KNUST lecturer was summoned for questioning after making confused statements when his wife went missing on August 30, 2021.

On Thursday, September 2, 2021, the husband filed a police report after the wife allegedly left house in Gyenyase, Kumasi, and did not return.

According to police investigations, the phone calls from the KNUST lecturer reporting the incident to family members and the alleged kidnappers using the missing lady's phone to demand a ransom were both made from a location near the couple's home.

The prosecutor for the case told the court that the lecturer had admitted to sending messages from the wife’s phone under threats from the alleged kidnappers that his family would be harmed if he failed to do so.

He went on to say that the lecturer said that in order to assure his wife's safety, he had to take her to a site near the Volta Lake.

He went on to say that the lecturer said that in order to assure his wife's safety, he had to take her to a site near the Volta Lake.

He has, however, not been able to disclose to the police where his wife’s phone is currently.

The police, in a statement released earlier, had indicated: “It must be placed on record that as of today, Wednesday, October 27, 2021, the police has no evidence linking Dr Aggrey to the disappearance of Rhodaline.”

The statement continued: “Investigations are still ongoing and at this point, we are unable to disclose any information to the public on the matter”.

The 32-year-old wife left home for Sunyani on Monday, August 30, 2021, and has yet to be discovered, according to her family in a statement released after her absence.

Content created and supplied by: I.T.Blog515 (via Opera News )

2 Military Officers Whose Biological Daughters Are Actresses In The Nollywood Industry; See Details