By Auntykuma (self media writer) | 13 days ago

A 71-year-old man has been jailed for life before a court for allegedly defiling his 15-year-old daughter. Forcibly indulging in the act with his daughter, 71-year-old Bernard has been sentenced to life in jail after being found guilty.

He pleaded guilty to count charges after that he had sx with his daughter, of whom was just 15 years old, the elderly father has come under fire. Between may and June last year, he allegedly had sx with her daughter. 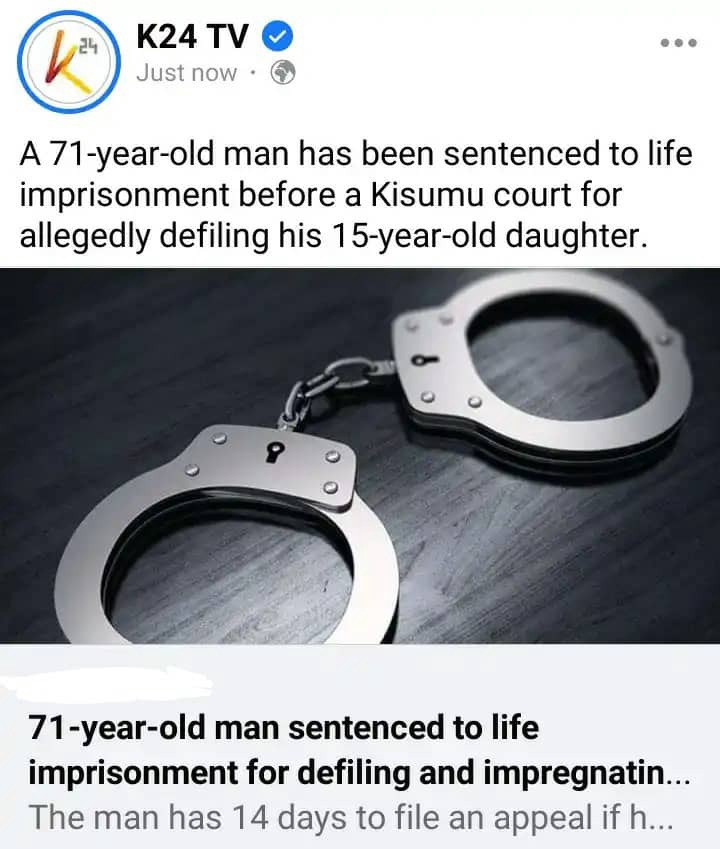 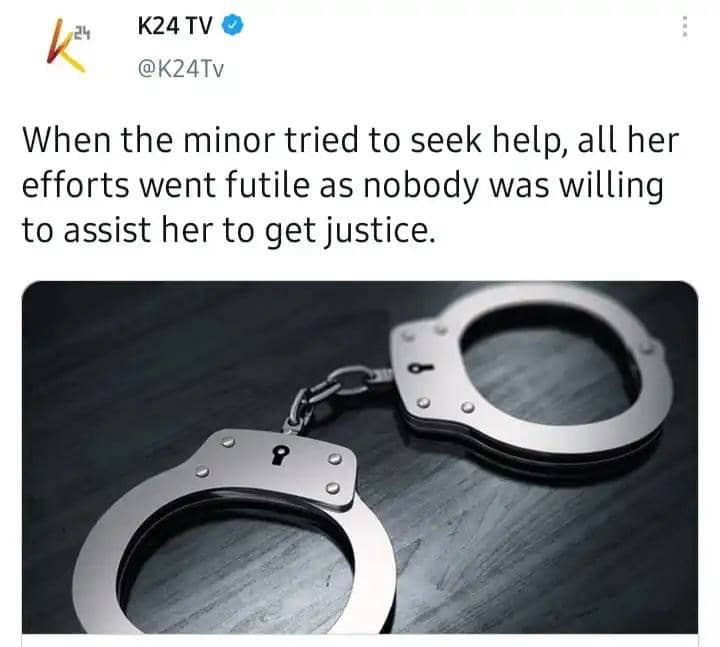 He was found guilty and sentenced by the chief magistrate at the Law court that the elderly man will spend the rest of his life in prison for seually assaulting and impregnating his own daughter.

Before engaging in the act, the elderly man threatened his daughter with a kitchen knife, the court was told. He had also warned the two not to tell anyone about the incident, because doing so would result in them being punished.

Everyone she sought, including her step mother her father had married, refused to help the 15-year-old girl. She also rejected her, stating that the little girl might be lying. When she addressed the police officers, they responded swiftly and it was the beginning of her struggle for justice.

His bedroom became his hiding place for Bernard, who is also claimed to be a herbalist, to seually abuse his daughter. Unfortunately, the girl became pregnant and gave birth to a baby girl 9 months later; unfortunately, the baby died, but medical examinations confirmed that the newborn had Bernard genes. 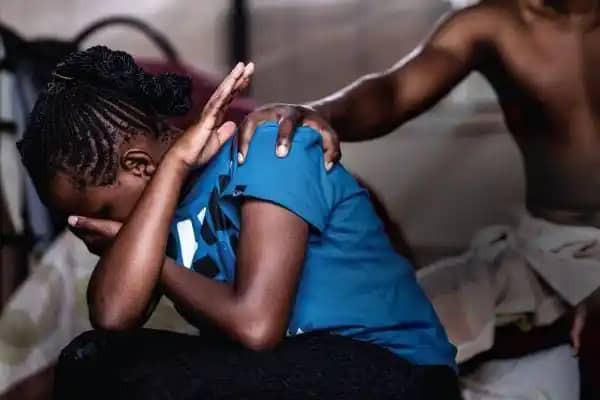 Medical tests, on the other hand, show Bernard had an alleged seual relationship with the minor. Bernard, however, maintains the accusations against him were fabricated.

Within 14 days, the defendant can file an appeal against the verdict. What makes a father to engage in such act with their own daughter while scientifically same gene can't be secually attracted to each other.