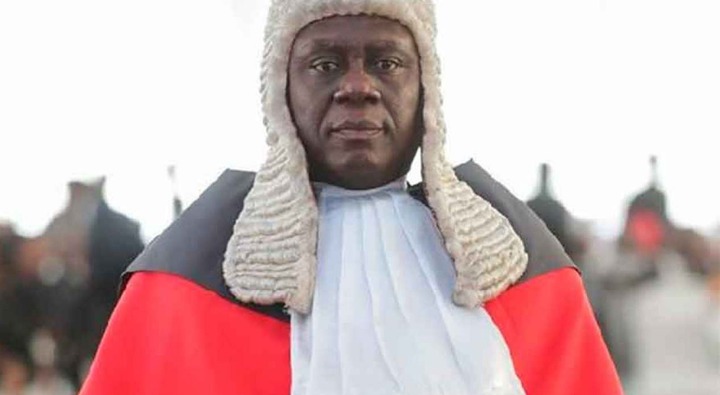 A lot of questions have been raised ever since bribery allegations were targeted at the Chief Justice. Lawyer Afrifa accused his client of taking him of a case just because he wanted to pay $5 million to Justice Anin Yeboah. The conversation has attracted so much attention that the Chief Justice referred the issue to the CID. ASEPA has also petitioned CHRAJ to investigate the issue.

On his show, ‘With All Due Respect’, Kevin Taylor lambasted everyone who is defending the Chief Justice. According to him no one was saying the Chief Justice has committed a crime. He explained further that these were mere allegations that could be refuted or proven to be true. Kelvin who is known to be a fierce critic mentioned that there is only one way the Chief Justice can convince Ghanaians or be deemed to be indeed innocent. 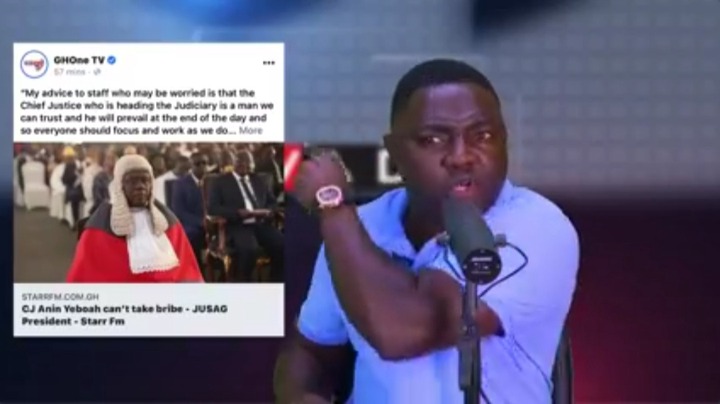 He thus called on Justice Anin Yeboah to do the right and bring the case before CHRAJ for a live hearing. Kevin believes the Chief Justice can then defend himself and convince all and sundry that his image is intact. Kevin was of the view that the GLC is just a puppet of the Chief Justice and nothing will be achieved if the they hear the case.

“I blame JUSSAG and Kweku Baako for trying to defend the Chief Justice. How can JUSSAG just say the Chief Justice is innocent without any evidence? Let’s stop this nonsense. If he wants to prove Ghanaians that he hasn’t committed any hearing, then he should permit a live hearing of this case at CHRAJ. We all want to protect him. This should be an open interrogation. The one laying the allegations should also bring his facts. 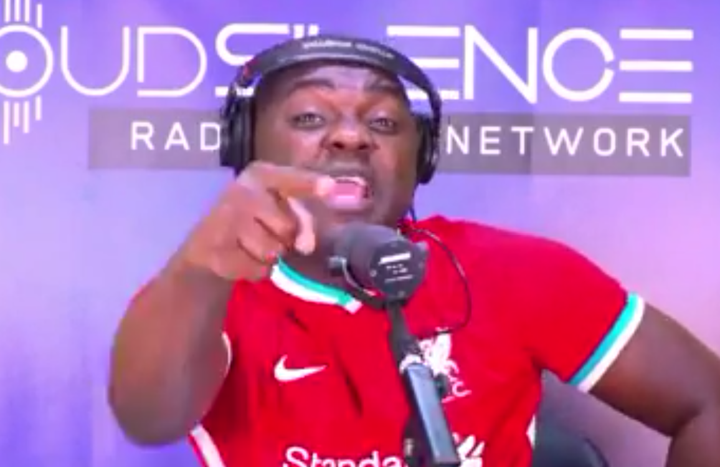 You can’t sit at the GLC office and bring a conclusion, I won’t believe you. All the members of the board of the GLC are friends of the CJ. The Chief Justice should stop the proceedings at the CID and come to an open hearing at CHRAJ. Until he does this, he is hiding something” Kevin Taylor boldly explained.

Indeed, this is a thorny issue and many are calling for an open hearing. It is no news that the General Legal Council has the CJ as head and so there are bound to be conflict of interest. Thus it is incumbent on the accuser to bring his evidence and prove his facts in an open hearing. Failure will vindicate the Chief Justice and prove him innocent.