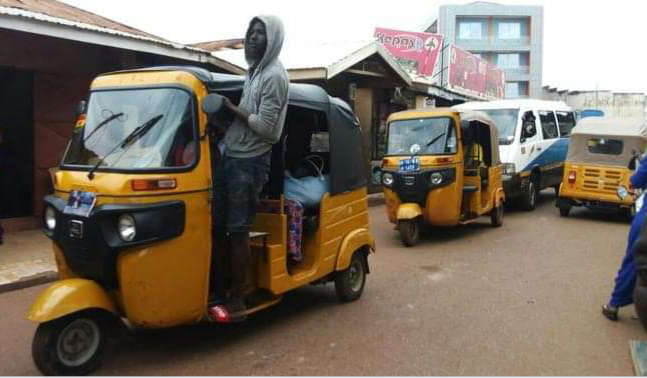 A Techiman Circuit Court has sentenced an 18 year old tricycle driver in to 30 years in prison for robbery in area.

The accused, Inusah Nuurideen was sentenced after pleading guilty to unlawful entry and robbery.

According to Police report, on 31st July, 2021, the accused attacked a 44 year old trader, Abena Tiwaa at about 2am when the victim was sleeping with her 4 years old daughter.

He was arrested by the Techiman Police after the complainant reported the case to the police.

Police further explained that, when the accused entered the room, he threatened to harm the victim if he shout, he then took an Itel phone and a Nokia phone plus some amount of money.

He also tried to remove a 32 inches flat screen, but he was stopped by the victim, he attempted to use the screw driver to harm the victim, but the 4 year old daughter shouted and the bolted away.

He however left his sandals at the scene and the next day, residents identified it as belonging to the accused which led to his arrest.

Meanwhile, the victim has indicated that, he is relocating to a different place because of the robbery incident as she complained that, she can't sleep in the night.