Just in: The Court rejected an injunction on Black Sherif by his former financier. Check details

By NokobiTV (self media writer) | 2 months ago

An injunction plea filed against Black Sherif's ex-financier trying to prevent the singer from performing his song was denied by the Accra High Court. 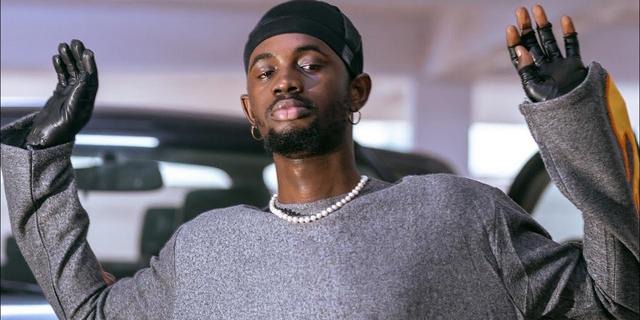 On Tuesday, July 26, the court dismissed the order, stating that the plaintiff, Shadrach Agyei Owusu, had failed to establish a compelling case for why the injunction should be granted.

According to Ghana Weekend, in her judgement, Justice Akua Sarpomaa Amoah declared that if the motion is accepted, Black Sherif will suffer an injustice.

Mr. Owusu, the former financier, filed a lawsuit against the musician on Monday, April 11, 2022.

He accused Black Sherif of abandoning him to secure a record deal with another label, Empire Entertainment, without his permission.

In other documents, the ex-financier requested that an injunction be issued against Black Sherif, preventing him from participating in any event until the lawsuit was concluded.

The plaintiff also requested that an injunction be placed on the rapper's cash accumulated from streaming and other revenue streams to guarantee that he does not waste the money while the lawsuit is pending.

However, the defendant's lawyer, Samson Lardy Anyenini, appealed against the order in court on Tuesday.

The plaintiff is seeking damages in excess of $1 million for alleged breach of contract.

Mr. Anyenini thanked the court and stated that he was waiving the cost against the plaintiff since it would not benefit the parties' ongoing efforts to resolve the dispute amicably.

The fast-rising musician faced public fury in February and early March after it was claimed that he signed a record deal with another company, Empire Entertainment, without the knowledge of his Management.

Many people chastised the young singer for his actions when the matter reached the court of public opinion. However, Madonna, the current manager of Black Sherif, refuted the charges in an interview with 'Da Don' on Hitz FM.

He also stated that Snap, who accuses Black Sherif of abandoning him, is merely a financier who joined the team after the publication of 'Second Sermon.'

Mr. Owusu, Black Sherif's ex-financier, later sued him for signing a new contract with another label without his knowledge.

New records obtained days after the complaint revealed that Black Sherif had canceled his contract with his former backer, Shadrach Agyei Owusu, better known as Snap, prior to being sued.

Lawyers for the "Kwaku The Traveller" hitmaker informed Snap of the termination in a letter dated April 8, 2022.

"We have received instructions from our Client to confirm our Client's acceptance of the Agreement's termination following negotiations between you and our Client," they wrote.

"Black Sherif appointed Snap as his manager on August 18, 2021." The lawyers claim that their client, Black Sherif, is "no longer bound by the Agreement."

Meanwhile, following the lawsuit Black Sherif released 'Kwaku The Traveller' in April to excellent reviews. However, some social media users have speculated that Black Sherif's new song was written in retaliation to claims made against him by his investor.

He denied rumors that his new track, 'Kwaku The Traveller,' was created in response to his management's difficulties.

He claims that the song was composed and recorded weeks before he was chastised for allegedly abandoning his investor.

The Psalms With Its Holy Names That Open Financial Doors