The Sunyani Central Prison has, this morning, come under heavy allegations by an ex convict. The man, a traditional priest who is called Alexander Wiredu shared his experiences with the the public on Onua TV this morning Wednesday 7th July 2021 with Captain Smart. According to the conversation, Wiredu was sent to the prison in 2017 on a charge of defrauding by force pretence. After going into the prison he had so much experiences which he had to share with Captain Smart and all Ghanaians live on Onua TV. He showed a video which he alleged was the inside of the prison. In the video, there was a place that looked like a market where various items like vegetables were traded. 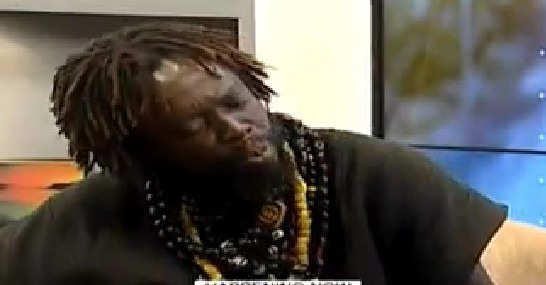 He also alleged that the prison is different from the way everyone sees it from outside because what is supposed to be a correction or reformation center is rather worsening the conditions of the people who are sent there. "Some of the prison officers are the ones who bring in 'wee' to the inmates. When entering the prison, you could smell the smoke of wee from the entrance. Sometimes the officer can send information to us that we should reduce the smoke because it is smelt from outside then we reply to him that we are in our rooms doing our own thing", Alexander continued.

On a phone interview with the PRO of the Sunyani prison, the officer was dissapointed with such news reaching that far without his knowledge of it. He made it clear that Alexander has been close to him during his days in the prison and he has helped him him in many ways, so he could have confided in him with such information for immediate investigation to be carried out. He concluded that he would look into the information.

Date for Demonstration by Public Sector Workers in Ghana Released

The Need For Computer Literacy In Ghanaian Schools

Ghana Audit Service To Begin Headcount for All Teachers In Ghana