What Crime Did The Ewe People Commit.

By Realnews_around. (self meida writer) | 28 days

The Volta Region of Ghana was once not a part of this country. It was called the Western Togoland. It however became part of Ghana through a plebiscite in 1946. The majority of the people who voted at that time voted yes to be part of Ghana instead of Togo. They therefore are now seen as Ghanaians but in recent years, it is like they are seen and treated as somehow foreigners.

There have been a lot of attacks on these people but on a low scale. However, the group have seen a new wave of “punishment” under this Gov. In 2020, we all heard of military men been deployed in the Volta Region and saw some citizens beaten. We all saw this. The people seem to be enduring the pain minted upon them but what broke the camel’s back was the arrest of the Citi Fm/radio reporter Caleb Kudah. 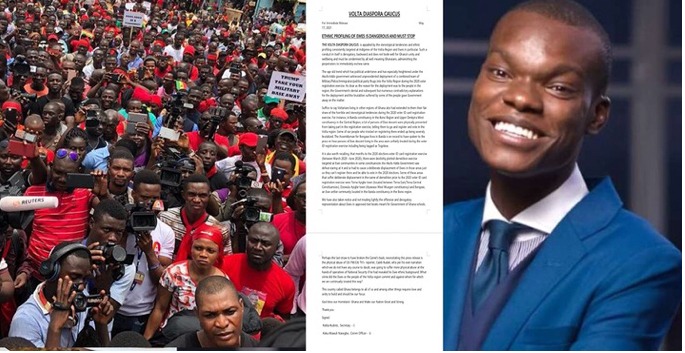 Caleb at a point in time said he had to deny is membership in the Ewe society to avoid physical abuse from the National Security.

This has made a group of people by name the Volta Diaspora Caucus to come out with a press release on 17 May, 2021 asking why their fellow Ewe people are been treated in such manner in a country they call theirs.

In their release, they stated instances when they were been discriminated against. Recalling instances from the 2020 elections. This press release was signed by their secretary Kobla Kudoto.

Below is a copy of the press release. 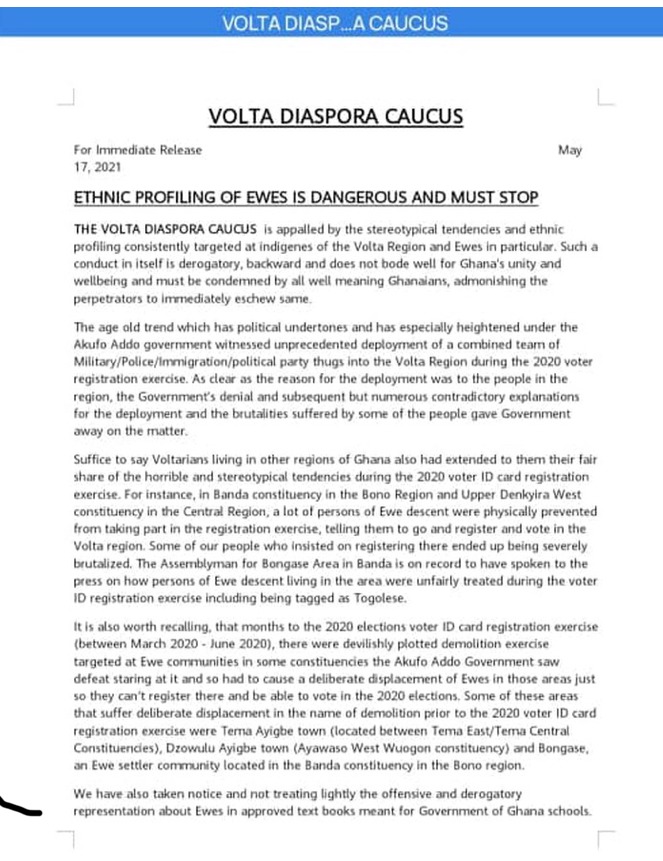 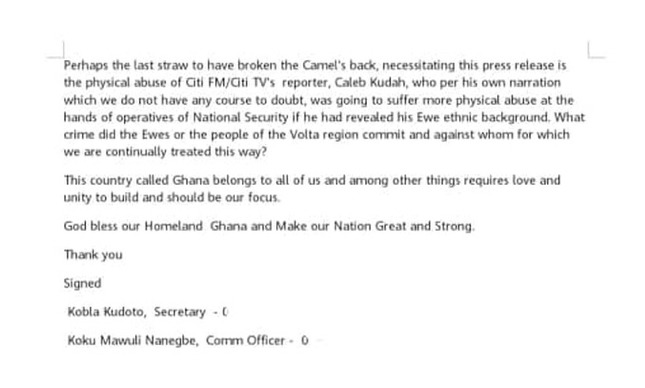