By repentamp (self media writer) | 24 days ago 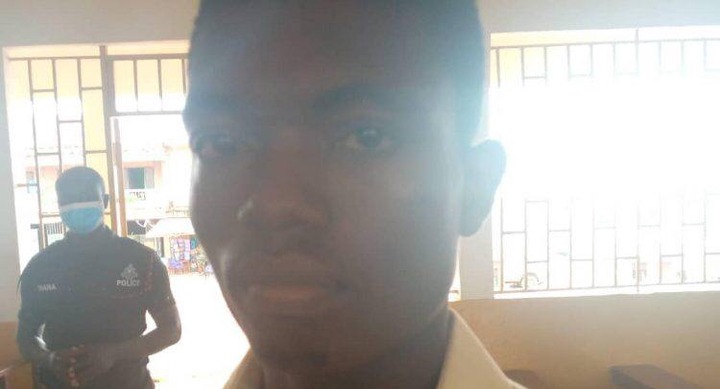 A 23-year-old man, Patrick Kwame Agyapong, who sexually assaulted a 5 year old girl, has been jailed for 15 years by the Bekwai Circuit court in the Ashanti Region.

Patrick Kwame Agyapong, a mason apprentice, pleaded guilty to one count of defiling a child less than 16 years of age, contrary to Section 101 (2) of the Criminal Offences Act 1960 (Act29) as amended by Act554.

The prosecutor, Chief Inspector Stephen Ofori informed the courtroom docket Patrick Kwame Agyapong committed the dastardly act on October 20, 2021 at Apinkra, a farming community in the Bosomtwe District of the Ashanti Region.

He stated that the complainant in the case, Dorcas Mensah, a farmer, and convict Patrick Kwame Agyapong Patrick lived in the same area at Apinkra.

According to prosecution, investigations found out that the convict commenced his reign of abuse and indecent attacks of young ones in the area sometime back, however, luck eluded him on Wednesday October 20, 2021 around 12:30pm while he preyed at the vulnerability of the 5-year-old-girl, who was returning home after her mother sent her on an errand.

Chief Inspector Ofori narrated that the victim, even as returning home, was lured by the convict to follow him to a nearby bush where he sexually assaulted her.

He said that Afia Agyapomaa and her husband, Kwaku Gyasi, who are close neighbours of the complainant, caught Patrick Kwame Agyapong red-handed, having trailed the convict.

He also stated that the convict bolted away as witnesses went to the girl’s rescue, noting that Patrick had then fingered the victim.

The prosecutor indicated that the victim narrated her ordeal to her rescuers who exceeded the statistics given to the complainant.

The complainant reported the incident to the police, leading to the arrest of Patrick, and informed that Dr. Harrison Twumasi of Kuntanase Government Hospital showed a broken hymen with a reddened valve upon medically inspecting the victim.

He stated Patrick admitted the offence during police interrogation and after investigations, he became charged and arraigned thereof.

Content created and supplied by: repentamp (via Opera News )