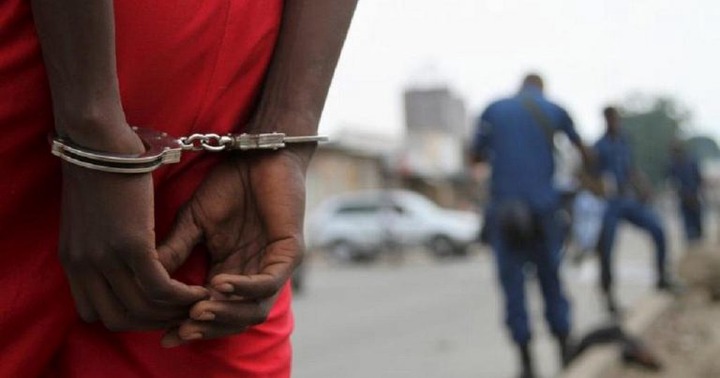 The laws of Ghana criminalize unnatural carnal knowledge, and as such, any person caught in the act would be prosecuted without any pardon. This has become the fate of a thirty-eight (38) year old carpenter, Ofori in Asante Fomena.

Mr Ofori has been sentenced to twenty (20) years imprisonment for attempting to sodomize a fifteen (15) year old boy in the community. Interestingly, the sentence as sanctioned by the court has been described as harsh given that the crime was never committed in the face place.

According to a report filed on Nimdee FM in Sunyani, the accused was harassing the victim for several months until he was set up by the parent of the victim. The victim is said to have been lured by the accused to have a sexual affair in exchange for money.

The accused made a first attempt on the victim at a sanitary facility, where he managed in the stead of the father. Mr Ofori promised to better the life of the teenage boy if he agrees to have that unnatural carnal sex with him. 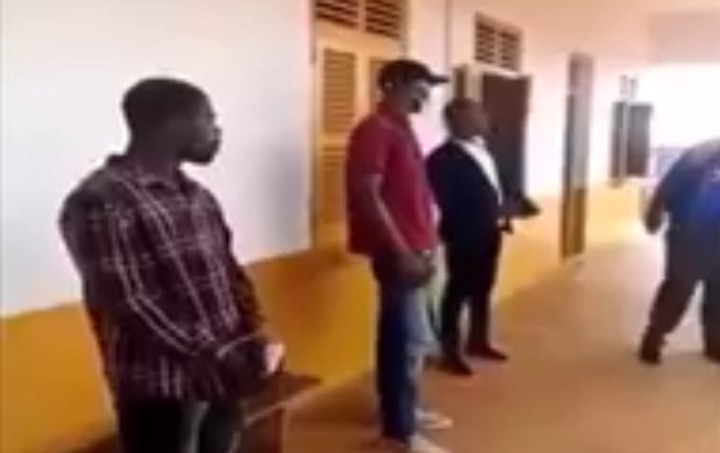 Mr Ofori (left) in handcuffs at the court premises

The boy confused by the demands of the accused reported the incident to the father, and a plan was hatched to grab him if he ever attempts to sodomize the kid. After several attempts to have his way with the poor kid, Mr Ofori arranged to meet him in the bush at the outskirts of the town.

Unknown to him, the parents and other elderly people including the assemblyman for the area were following closely to gather enough evidence so they can nail him to a crime. The accused told the poor kid he is willing to pay Twenty Ghana Cedis (GHC20.00) if he allows him to put his manhood in his mouth, and Thirty Ghana Cedis (GHC30.00) through the anus.

Just as he started undressing the boy’s father and his team invaded the place. He was arrested and handed over to the local police. Mr Ofori confessed to the charges as proffered by the police that he attempted to sodomize the kid.

What sounded strange about him was that he is married to a beautiful woman with three kids. According to some neighbours, they wouldn’t have believed any claim that the accused could do such a thing.