Today marks the second day of the historic Arise Ghana demo which has attracted many citizens across the country. This Demo is set to draw the attention of government to the hardship Ghanaians are going through and also to keep government on its toes in finding immediate solutions. 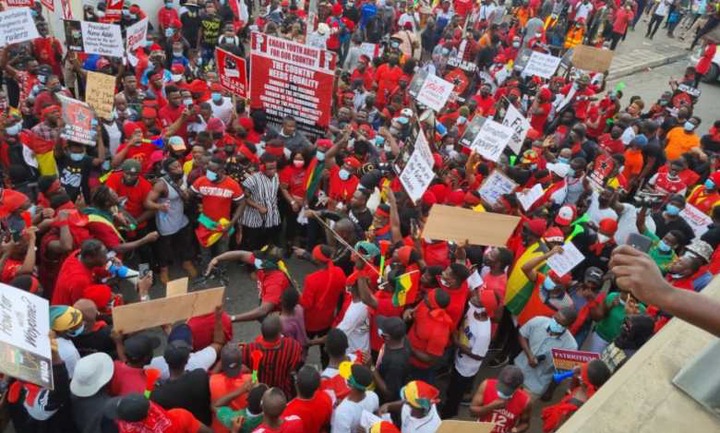 Yesterday being the first day was violent as things didn’t go as planned after a clash between the police and protestors which caused some properties of the police device being destroyed and also leaving members of both parties injured. The Ghana Police Service have released a communique which states that, all organizers or leaders of the demonstration are set to be arrested and arraigned before court for damages sustained during the demonstration. 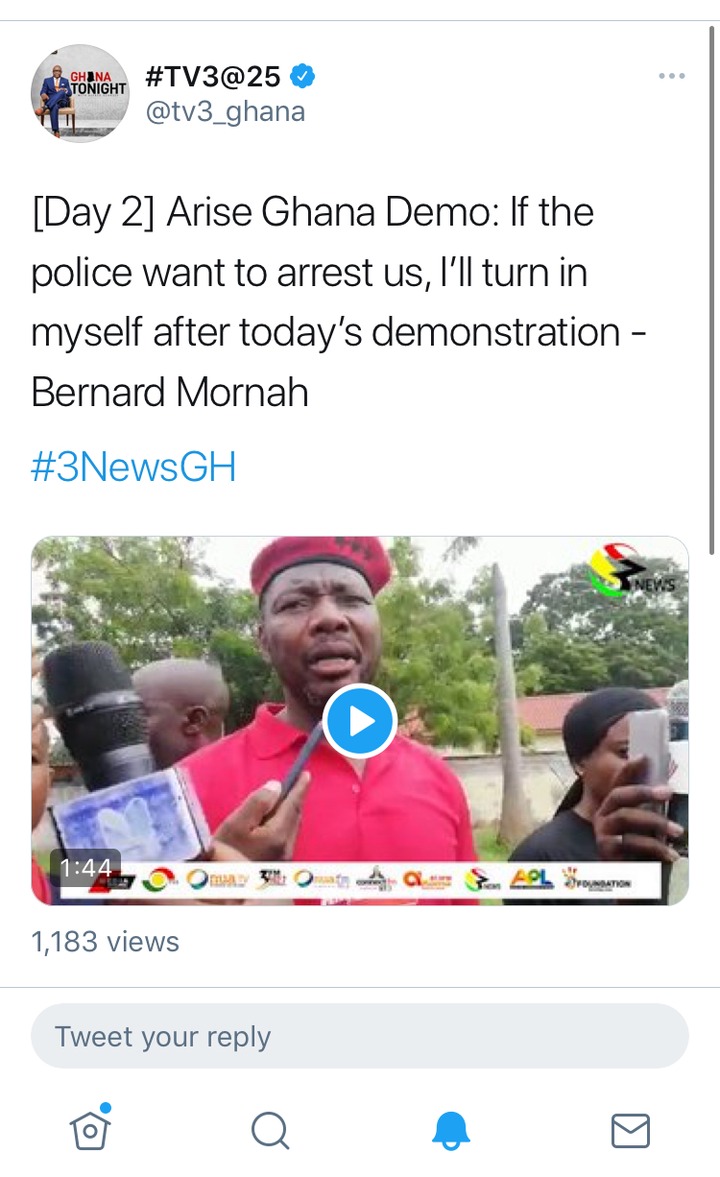 Reporting from TV3 via their official twitter page is an interview with one of the leaders of the demonstration, Bernard Monah. He made it clear that he is not going to hesitate in reporting himself personally to the police after the demo and will not wait for the police to come for him. “We are law abiding and not violent as you see us to be, our own security men arrested those who were throwing stone at the police and handed them over to the police and they were made to go for free for they were members of the police service”, he added.

Watch the full video of the interview via the link provided below:

Some citizens also have reacted to the decision taken by Benard Monah, find below the comments. 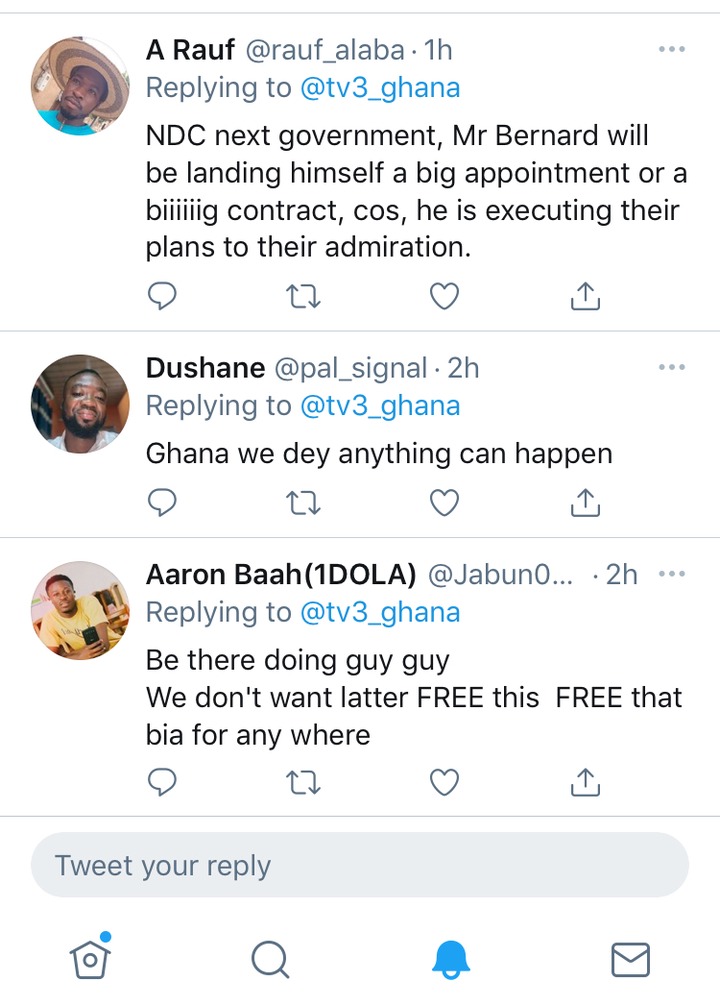 What is your opinion about the response of Bernard Monarh? Let your opinions be heard in the comments section below. Don’t be left out and have a nice day!