By A-news (self media writer) | 4 months ago 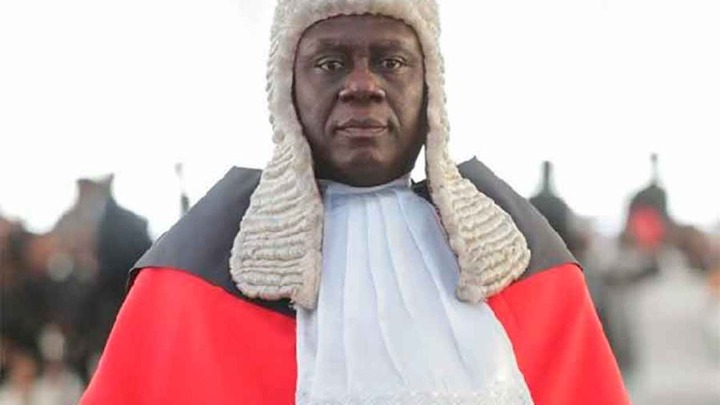 The Kumasi-based lawyer reiterated his position against Anim Yeboah after he voluntarily stormed the CID headquarters to answer questions regarding his allegation.

He made the bribery allegation in a letter to the General Legal Counsel in response to a petition against him by Ogyeedom Obranu Kwesi Atta VII, his former client.

According to him, Ogyeedom told him that the Chief Justice demanded a $5 bribe from him in other to hand him a favorable ruling.

After a six-hour interaction with the CID, he told the media he had come to the CID office to “finish my business.”

He further said he stands by the allegation he made against Anim Yeboah.

His allegation has become a subject of CID investigation after the Chief Justice , through the judiciary service, urged the CID to investigate the matter.

In a letter to the CID, the Chief Justice denied the allegation made against him by lawyer Afrifa.

According to him, he has never met Ogyeedom except in the courtroom.