I Was In A Hotel At Accra When I Heard The Ejura Killing: Minister Testifies Before The Committee 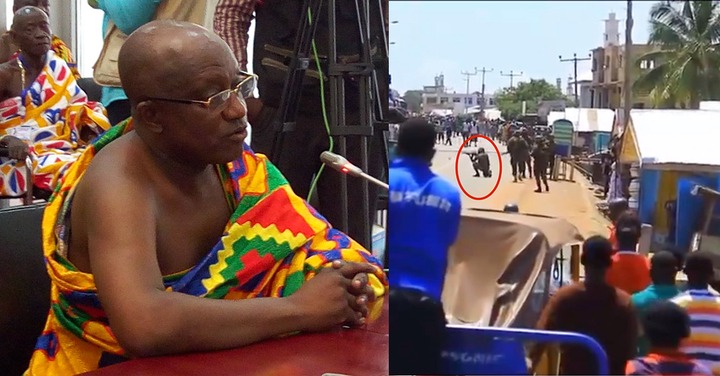 The Ashanti Region Minister, Mr. Simon Osei Mensah has indicated that he was in a meeting with other ministers at a hotel in East Legon when he received information that some military officers had fired shots into the protesting crowd at Ejura. The Minister was testifying before the committee hearing the incidents that resulted in the death of two persons.

As the commanding officer of the Ashanti Regional Security Council, Mr. Simon Osei Mensah was the first to testify before the committee. The Minister had permitted the police to ensure calm is restored in the community after the death of Macho Kaaka. The minister called for the intervention of the military after he realized the police were overwhelmed. Since he was in a meeting with other ministers at a hotel in Accra, the minister decided to ignore the normal emergency meeting needed to trigger a reinforcement.

He decided to place a call for military assistance. Following his command, the military stormed the community to assist the police, but the minister could not finish the meeting when the military fired gunshots killing the young men. The Minister told the committee that the driver of the police water cannon vehicle must be rewarded because he took a very bold decision by quickly reversing the vehicle when the angry youth tried to attack him.

It was later revealed before the committee that a day after the shooting, a Regional Security Council meeting was organized and that was where the minister received the full briefing of the killing. It is believed that the minister had returned from Accra by then. They all moved to Ejura and had a further briefing from the Police Command.