By GhanaianWatch.com (self media writer) | 1 month ago 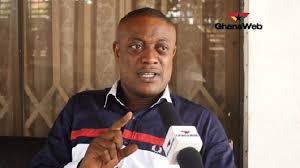 Lawyer Morris Ampaw has threatened to sue one Ghanaian pharmacist,

Philip Nana Yaw Badu aka Mosquito who accused him of being a gay partner of a USA-based Liberian man.

He has also vowed to sue 15 other bloggers who published the malicious statement made by Philip Nana Yaw Badu that he had an amorous relationship with a USA-based Liberian man in a ‘coded’ hotel whenever he came to Ghana.

" I'm going to request the court to reward damages of GHS 500,000 each against Philip Nana Yaw Badu and the rest of the 15 bloggers for tarnishing my image"

Lawyer Morris Ampaw further hinted that he had reported Philip Nana Yaw Badu to Ghana Police CID and that police had begun searching for him.

" Ghana police CID had started searching for him, and they would declare him wanted if they failed to find him. I have even placed GHS 5000 on his head so anyone who could trace his whereabouts and report him to the police would be given the said amount" Lawyer Morris Ampaw disclosed this when he was speaking with a popular radio presenter, Kwabena Asare, aka Otwenoko on a Kumasi Based Agyenkwa FM.

He noted that Philip Nana Yaw Badu first issued that statement in 2020 to discredit him as a revenge for continually criticizing Former president John Dramani Mahama on Wontumi TV in Kumasi.

" He made the accusation to appear so real, could you imagine he said I stated practicing as gay in 2006? Thus, about fifteen years ago. If I was a gay, the gay community in Ghana could figure me out all these years. In fact, my actions, particularly the way I walk, could equally give me out as a gay".

"The guy made the video in 2020 to tag me as a gay because I was continuously attacking Mahama. This was purely a politically motivated." he stressed

Lawyer Morris Ampaw further noted that he decided to shun the video accusing him of gay by Philip Nana Yaw Adu because he didn't want him to be popular.

He stressed that Philip Nana Yaw Badu had kept quite since that time, but some of the bloggers who belonged to National Democratic Congress went and pulled the video to make it go viral. 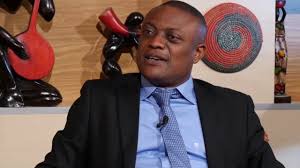 Lawyer Morris Ampaw stated that he had done investigation about Philip Nana Yaw Badu with Ghana Pharmacist Council, which revealed that he was a fake Pharmacist.

He dared Philip Nana Yaw to come out and defend his accusation against if he felt he was a man and was really speaking the truth about him.