Facts you don’t know about LGBTQ.

By iamcarthy (self media writer) | 13 days ago

What most of us don't know that LGBT is a short version of a very weird acronym. This is the acronym for weird people who identify themselves as lesbians, gays and many more. 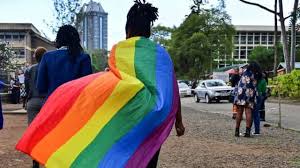 Let's look at the meaning of this weird acronym;

LESBIAN: Usually refers to a woman who has a romantic and/or sexual orientation toward women. Some nonbinary people also identify with this term.

BISEXUAL or BI: A person who experiences sexual, romantic, physical, and/or spiritual attraction to more than one gender, not necessarily at the same time, in the same way, or to the same degree.

TRANSGENDER: A person whose sense of personal identity or gender does not correspond to the sex they were assigned at birth, or does not conform to gender stereotypes. Sexual orientation varies and is not dependent on gender identity.

QUEER: a multi-faceted word that is used in different ways and means different things to different people. 1) Attraction to people of many genders. 2) Don’t conform to cultural norms around gender and/or sexuality. 3) A general term referring to all non-heterosexual people. Some within the community, however, may feel the word has been hatefully used against them for too long and are reluctant to embrace it.

QUESTIONING: An individual who is unsure of and/or exploring their gender identity and/or sexual orientation.

INTERSEX: An umbrella term that describes people born with any of 30 different variations in sex characteristics including chromosomes, gonads, sex hormones, or genitals.

ASEXUAL: A person who experiences little or no sexual attraction to others and/or a lack of interest in sexual relationships/behavior. They may or may not experience emotional, physical, or romantic attraction. Asexuality differs from celibacy in that it is a sexual orientation, not a choice. People who are asexual may call themselves ace.

AROMANTIC: A person who experiences little or no romantic attraction to others and/or has a lack of interest in romantic relationships/behavior.

PANSEXUAL: A person who experiences sexual, romantic, physical, and/or spiritual attraction for members of all gender identities/expressions.

NON-BINARY or ENBY: A person whose gender identity does not fall within the binary genders of man or woman.

GENDERFLUID: A person who does not identify with the gender binary and move within genders and gender stereotypes.

AGENDER: a person with no (or very little) connection to gender, no personal alignment with the concepts of either man or woman, and/or someone who sees themselves as existing without gender.

STUD: A term originating within communities of color to describe a masculine identifying person who was assigned female at birth. Here is a study looking at the sexuality and gender construction of people who use ‘stud’ to describe their identity.

Although a little people in Ghana are trying to support this weirdness, the majority is strongly against it, stating that it is against our tradition and most importantly God.

Whatever this LGBTQI means I don't understand. We just pray God keeps us. 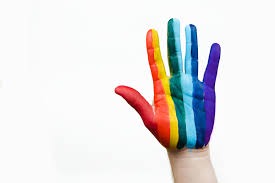 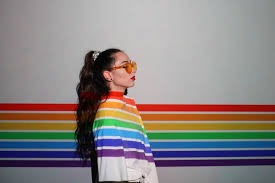 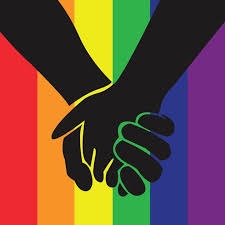