Emmanuel Amoateng, 30, has been given a three-month prison remand after he was caught destroying a house belonging to his mother, Patricia Amoateng. Emmanuel together with his apprentice, Wahab Razak, 19, stormed the house of Obaapanin Patricia Amoateng on Monday 29 November to demand answers to his life troubles. Patricia, the aged woman, called his youngest daughter Mary Amoateng, and together, the two women Patricia and her daughter Mary, calmed down Emmanuel and his apprentice Razak Wahab before dispersing them out of the house on Monday evening. 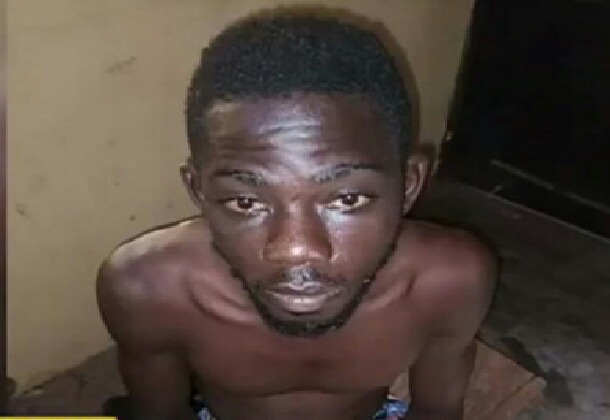 Emmanuel, still not certain of what his mother had counselled him to do, stormed back the house on the dawn of Tuesday 30 November and with plies and scissors, Emmanuel and his apprentice Wahab Razak started cutting all the wires in the house from the ceiling. Patricia, 68, was in her room on Tuesday dawn when the lights went off and could never understand why.

I thought it was light out but when I called my daughter Mary from the other room, she confirmed there were lights on the streets and it may be load shedding. I hate darkness your honour, so I kept sitting on my bed while my daughter Mary sat beside me until it was daybreak. 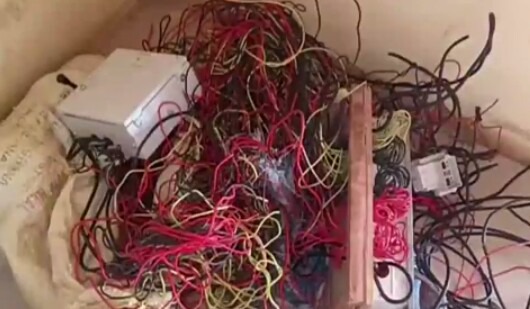 It was around seven in the morning on Tuesday that we found out we have been robbed. The lights out were not indeed lights out but a robbery on me and my household, Obaapanin Patricia Amoateng, 68, cried to the Nkoranza District Court yesterday afternoon.

Emmanuel, knowing well his 68-year-old mother hates darkness, climbed onto the ceiling of his mother's house and together with his apprentice Wahab, destroyed and stole all the cable wires that gave the house lights. Wahab, 19, told the court that, he was forced into the job by his master Emmanuel but the court did not heed the pleas of Wahab and remanded him together with his master, Emmanuel Amoateng.

In remanding the two suspects into custody, the Nkoranza District Court judge, Benjamin N. S. Samson-Ephram was surprised how a son can do such an incident to his own mother. How can you do that to your own mother? I don't want to believe this Emmanuel, and I will need the police to conduct an intensive investigation to help prove this case in this court. You are hereby remanded into police custody, the judge said before throwing the two suspects into prison for three months. 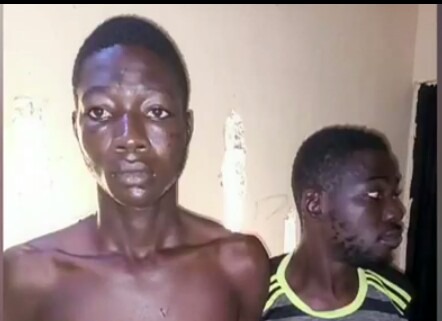 Wahab Razak, the apprentice and his boss Emmanuel Amoateng will be back in court on 16 February 2022 for a further hearing of the case. Wahab and Emmanuel are still at the Nkoranza Police station and will be transported to the Sunyani Prisons on Monday 6 December 2021 to start their remand terms. Emmanuel is alleged to have done that because of a prophecy that said his mother was a witch and the reason behind his sufferings. It hasn't been proven yet but it is rumoured to have been the reason behind his actions.