A 71-year-old man has been sentenced to life imprisonment for allegedly defiling his 15-year-old daughter. Bernard Ngonga received his sentencing before the Principal Magistrate of Tamu law court after he was found guilty of defiling his two daughters aged 15, 13 and living one of them pregnant.

Bernard, pleaded guilty before the court on the count charges levelled against him. Bernard defiled his two daughters and threatened to kill them with a kitchen wife if they dare speak up. Bernard first wife is late and he married but always defiling his daughters when his wife rejects his advanced. 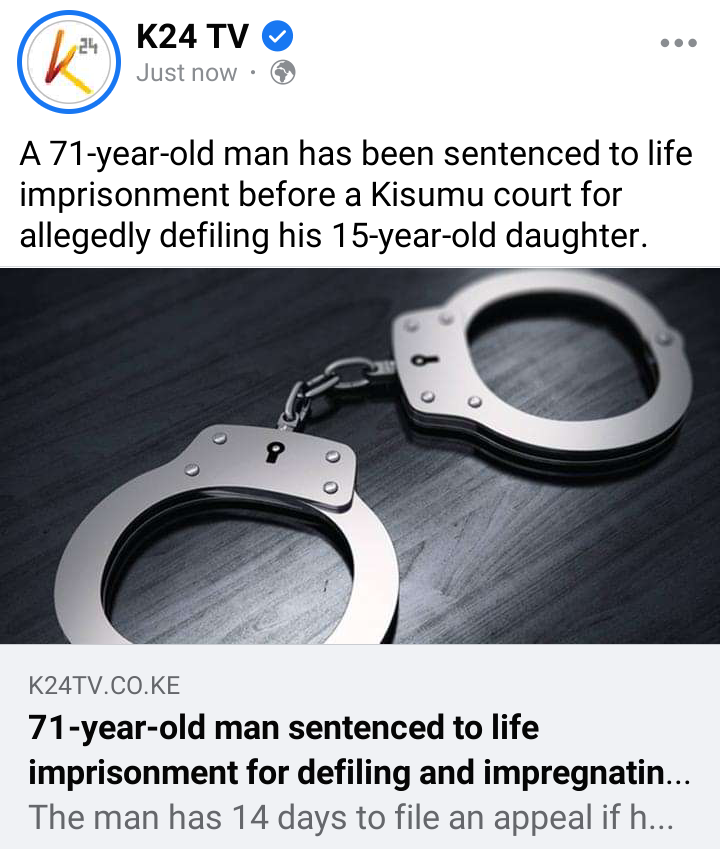 Bernard would sneak into his daughter's room with a kitchen knife threatening to kill them and forcefully raped them living his first daughter pregnant. The 15 year old girl gave birth but her child died. She seek help told her step mother who shunned her, she told elders about it but non believed her. 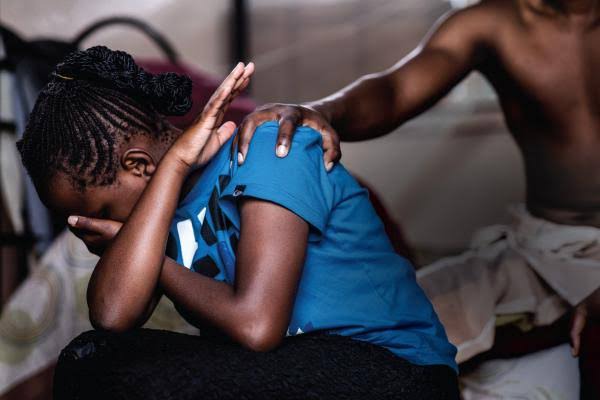 She then went to police they invited her father after investigations he was charged to court and has been sentenced to life imprisonment for defiling his two daughters. He denied sleeping with his daughters DNA and medical tests proved otherwise.

After My Husband Died, His Brothers Started Dragging Between Themselves Who Will Marry Me -Lady Says

Importance of Folic Acid For The Body