By Ccobbina (self meida writer) | 5 days 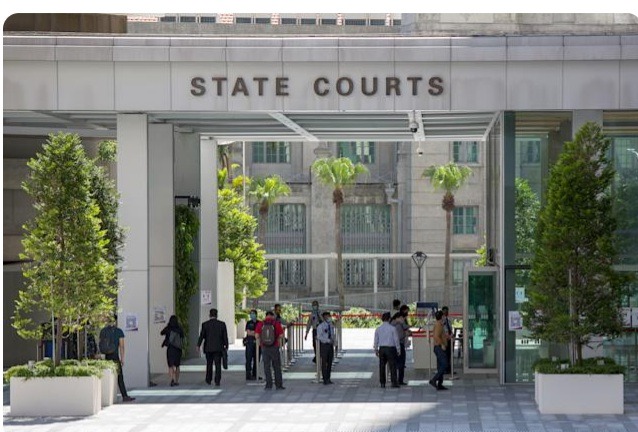 A young man called Ruben Supramaniam, who is 28 years old has been sentenced to one year imprisonment for stealing a gold necklace from an elderly man who is a coffee shop assistant. According to the court documents, the young man was going home on his motorcycle and he passed Kimly Coffee shop on Upper Aljunied Lane where he saw Mr. Ngoh Teck King wearing a gold necklace sitting alone in the coffee shop.

The 72-year-old man was on his night shift and Ruben decided to steal the necklace. He then rode back to his house to pick two black shirts, there were security cameras in the lift so he hid it under the clothes he was wearing while in the elevator on the way to the ground. The young man then went back to the coffee shop and cover his face with one of the black T-shirts in order to hide his identity.

Ruben also wears the other shirt, when he got to the shop he sneaked into the drinking stall whiles Mr. Ngoh was preparing coffee for one of his customers at the liquor store. Ruben then grabbed the elderly man's gold necklace from behind and pulled it till the necklace broke. He then ran to the back of a nearby police centre, removed the black shirt and threw it away.

Mr. Ngo called the police after the incident. Ruben then gave the gold necklace to one of his friends, Vickneswaran Sarevanan to sell in a pawn shop and the friend too sold the necklace for $1,000. Ruben's identity was revealed by the Police Division Officers through the images of the security camera footage and was later arrested.

Guys, Do you like dating sugar mummies? Here are 5 Tips to help you date an older woman

The IGP Has Started; Samson Lardi Anyenini Jumps To The Defence Of Dampare

Rev. Isaac Owusu Bempah "Bounces Back" With A Powerful Sermon