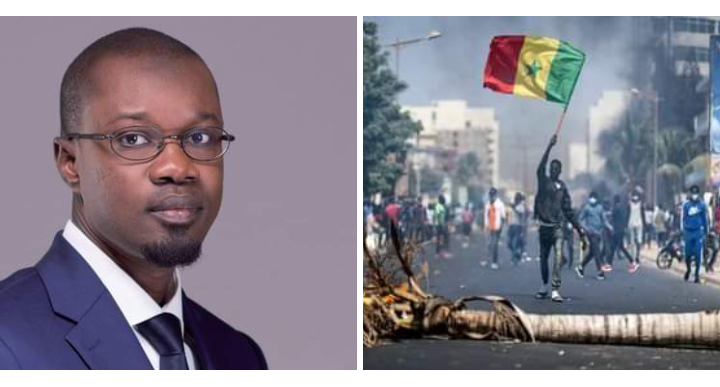 ¶Opposition Leader, Ousmane Sonko, 46, was detained on the way to court and arrested for disturbing public order after hundreds of his supporters clashed with police who were blocking unauthorised protests. His lawyer on Friday said he was now charged with rape and making death threats.

¶Sonko, who has denied any wrongdoing, was arrested Wednesday setting off three straight days of turmoil in a country known for calm.

¶An opposition movement in Senegal has called for three days of protests starting on Monday after days of clashes between police and supporters of opposition leader Ousmane Sonko.

¶At least five people have died in protests that began on Wednesday before Sonko’s court appearance for questioning on accusations of rape.

¶Security forces opened fire on a crowd in a southern town, killing at least one man on Thursday, the human rights group Amnesty International said.

¶A 17-year-old boy was killed by gunfire during the clashes, the official said. He was the fifth person to die in protest-related violence.

¶Tensions had been brewing long before the accusation surfaced. The protesters are angered by the ruling party’s increasingly tight grip on power. Two other challengers have been jailed since Sall took office in 2012 on charges related to corruption. Over the years, Amnesty International has raised concerns about opposition leaders facing unfair trials, lengthy detentions and uneven access to lawyers.

¶Frustrations have also mounted over the government’s handling of the pandemic: A 9 p.m. curfew has zapped jobs and work hours.