By [email protected] (self media writer) | 10 months ago 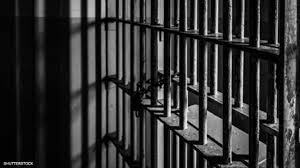 The convict, Atsu Gemeni, pleaded guilty to the charge of stealing, and convected him on his own plea.

Gemeni, who could not afford the fined of Ghc 1,120 imposed by the Court , had to seve the default sentence of 12 months in prison.

The prosecuting Chief Inspector Gilbert Ayongo, told the Court presided over by Mr Adbdul Majid IIiasu that the complaints Mr Yaw Bennuah and Madam Rebecca Ofori , both resided of Assin-Dunkwa.

He said on the Tuesday, March 22, at about 0300 hours, a witness suspected the movement of the Gemeni when he conveying two fertilizer sacks containing seven bunches of plantain and cocoyam in a taxicab.

The witness questioned the convict, who claim ownership of the foodstuff, but was not convinced, the witness reported the issue to the police and Gemeni was arrested .

According to Inspector Ayongo, Upon interrogation by the police, he admitted stealing that the food items were from the complainant farm.