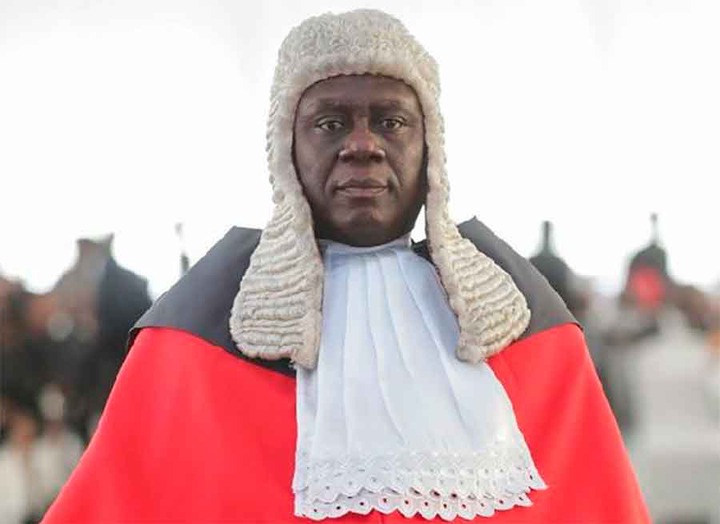 Corruption are illegal and charges of same, are very damning to ones reputation and this one, is very serious, especially when the Chief Justice is mentioned as alleged to have been engaged in same. Since the news broke in less than 24hours, it has since gone viral, as some cast aspersions and other absolve the mentioned persons, even before the investigations are over.

One Lawyer Kwasi Afrifa, a lawyer from the O&A Legal Consult who has been accused of professional misconduct has become a whistleblower alleging that Chief Justice Kwasi Anin-Yeboah had demanded a US$5 million bribe from one Chief Oyeedom Obrani Kwesi Atta VI to undertake some “legal gymnastics” in the Supreme Court.

On March 1, 2021, chief Kwesi Atta VI petitioned the General Legal Council (GLC), accusing Afrifa of squandering some US$100,000 he paid him to undertake “ways and means gymnastics” at the Supreme Court to obtain a favourable judgment in his suit number J8/96/2020 which was filed against the Ghana Telecom Company Limited for some monies he [Chief Kwesi Atta VI] was claiming and his petition was received by one Patience s. Gyan at the GLC on March 25, 2021. 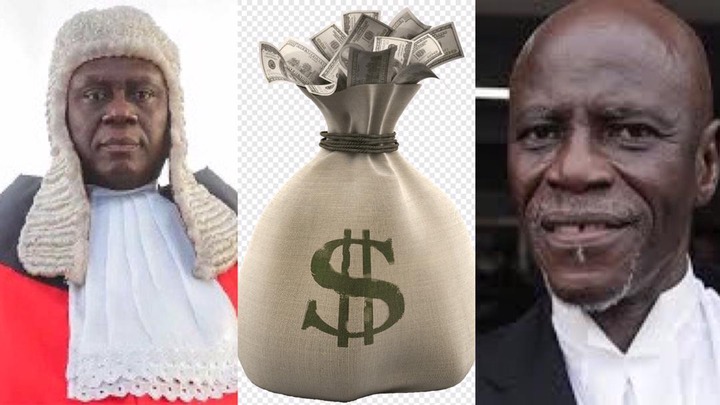 Flowing from this seeming damning development, the Alliance for Social Equity and Public Accountability (ASEPA) has officially petitioned the Commission on Human Rights and Administrative Justice (CHRAJ) to investigate a $5 million bribery allegation against Chief Justice Kwesi Annin Yeboah.

ASEPA insists that, the allegation brings the name of the Judiciary into disrepute and casts a serious slur on justice administration in the Country, as its petition to CHRAJ read that:

“We write to invoke the Jurisdiction of CHRAJ pursuant to Section 7( 1) a) ( f) of the CHRAJ Act, 1993, Act 456 and Article 281( a) (e) to investigate the Chief Justice of the Republic of Ghana, Justice Annin Yeboah for allegations of Bribery and Corruption,” the statement read.

ASEPA notes that it treats these allegations very seriously and contends that the conduct of the Chief Justice if found to be true is in serious violation of Chapter 24 (Code of conduct for public officers) and several other provisions in our laws. 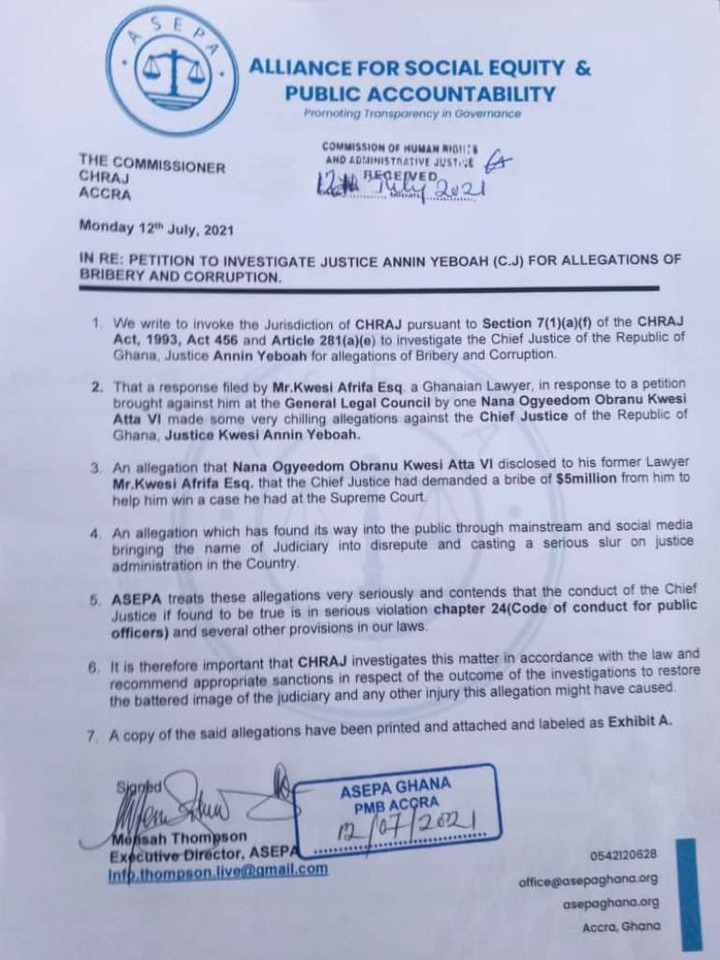 However, ahead of his appearance before the GLC to answer to the allegations against him, lawyer Afrifa has written a startling response that is bound to shake the very core of the already bastardised image of the Ghanaians Judiciary, as according to Afrifa, Chief Kwesi Atta IV’s accusations were designed to hide a more serious issue involving how he was kicked off the case and replaced with Lawyer Akoto Ampaw, President Akufo Addo’s led lawyer in the 2021 presidential election petition.

In his counter-petition to the Secretary to the GLC, Mr. Afrifa wrote that he had been engaged as a lawyer for Chief Kwesi Atta VI in the Ghana Telecom litigation and had subsequently done several “work” for the chief, including work at the National House of Chiefs.

According to Afrifa, in July 2020 Kwesi Atta VI told him that some of his well-connected friends had taken him [Chief Kwesi Atta VI] to see the Chief Justice Anin Yeboah, who had agreed to undertake legal gymnastics for the chief to win his case against Ghana Telecom.

“He further informed me that the Chief Justice had demanded a bribe of USD 5,000,000.00for a successful outcome to his case and that he had already paid USD500,000.00 to the Chief Justice. He further informed me that he was hard-pressed to raise the remainder of the USD5,000,000.00 and so I should refund some of the GHC 300,000.00 paid to me as fees because he had in line with the advice of the Chief Justice, engaged Akoto Ampaw Esq as Solicitor to continue the case before the Supreme Court,” Afrifa said in a damning revelation.

He continued: “Indeed, he told me that his own investigations which he caused the BNI to conduct shows that the Chief Justice was in the process of acquiring several properties at a posh residential area in Kumasi and therefore needed the money urgently. I told him I was simply not interested in his dealings with politicians and persons wielding power.”

Apparently, Oyeedom Obrani Kwesi Atta VI is well connected to the Jubilee House as well, according to Mr. Afrifa and that if the “experienced litigant” and well-connected Kwesi Atta VI needed “legal gymnastics” to win his case, he was the least to be able to help him.

The case has been picked up by the CID, as the Ghana Legal Council, also meets, to adjudicate this serious issues. 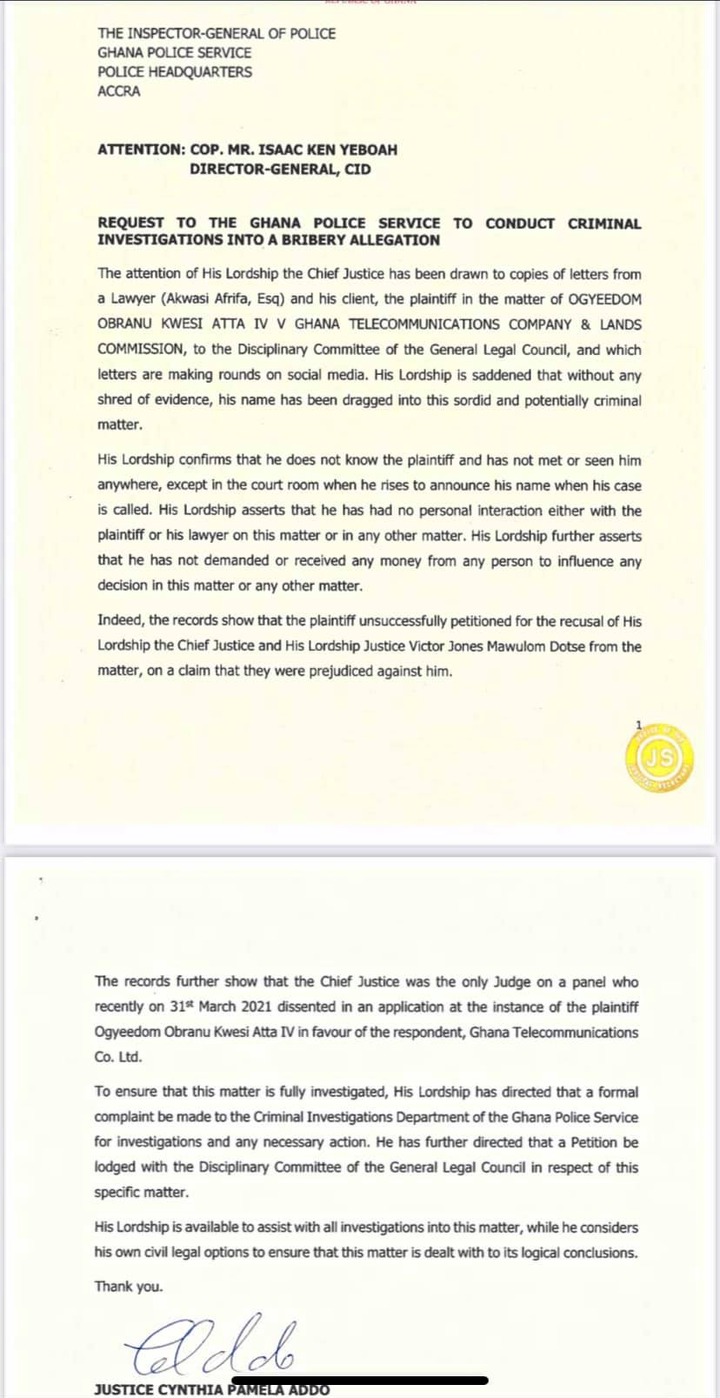 In a related post, #FixTheCountry Convener, Barker H Vogues, has expressed doubts about the CID Boss credibility in investigating this, as he writes that, "By the way while this Director of CID is investigating this matter. I am also waiting for a response for the criminal matter I lodged regarding Sir John's Funeral. We are all Ghanaians!"

In an earlier post, he again writes that, "#Neho! - Quick thoughts: Is the same Director General of CID who claimed that the letter issued to the Kaaka was fake, going to be in charge of the investigations regarding the complaint brought by the CJ?

Kissi Agyebeng hasn't still been vetted by Parliament. Why? He needs to be given his chance! Do we still want that Office? Or we need to believe people who tell us that Corruption is fighting all Anti-corruption institutions in this country? Shalom!" he wrote.

Stephen Desu writes "I have no believe in Ghana police. The matter has ended. Da Yie."

Man Kralo writes "is there a law that defines what EOCO, NACOB, CID, BNI or OSP can and cannot prosecute? I believe there should be a clear distinction of what each institution should handle."

Nana Kwame writes "When Royals are in charge of a nation all citizens become subjects. Ghana is on the slippery slope." 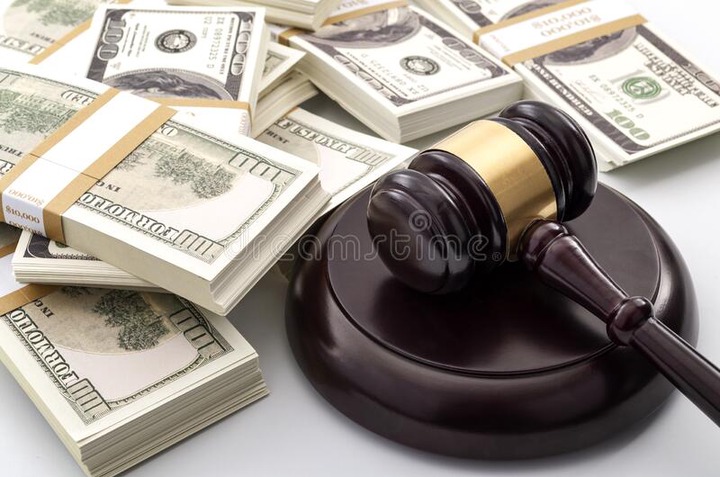