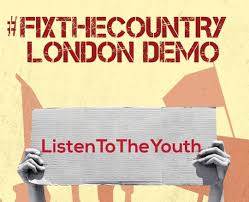 As it has been already confirmed by the leading conveners of the #fixthecountry# that the scheduled date for the much anticipated nationwide demonstration is expected to take off on August 4th, the United Kingdom version of the #fixthecountry# protest took place this morning on the major streets of London, UK.

With the kind of attention, coverage and enthusiasm this particular protest was able to accumulate in the past weeks, it is expected to break the "Ku me preko" demo that took place in 1995 which was led by our current president, Akufo Addo then. And obviously the Ghanaian organizers were hoping today's UK version of the same protest could paint an exact copy of what is to be expected in the Ghana's version come August 4th. 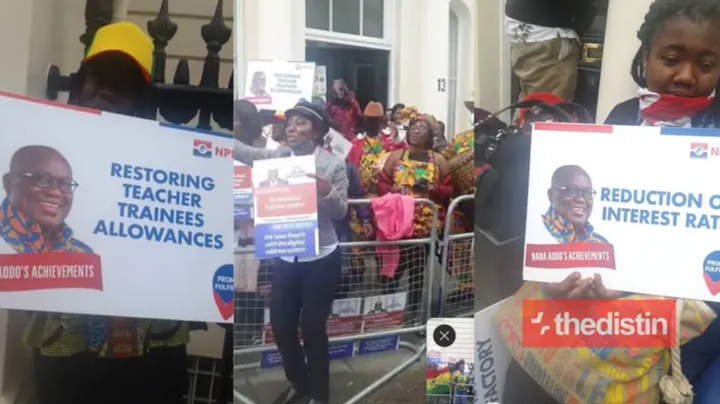 But things turned the opposite way as the UK based NPP supporters had other ideas. Surprisingly, a chunk of NPP fans strategically organized themselves at the same venue the protest was scheduled to take place. And as the fixthecountry# protesters were singing, the NPP supporters were also chanting "Nana has done it" which overrode the noise of the protesters. 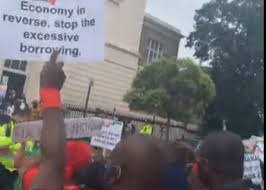 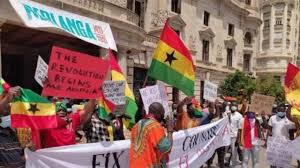 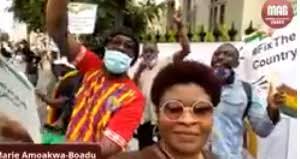 Things were getting out of hand so the London police department had to cone around to ensure none of the two groups exceed their boundaries. With the kind of strategy adopted by the UK based NPP supporters to annul the impact of today's UK version of the fixthecountry# protest, do you think the Ghana's version will be patronized as expected?