By L-Update (self media writer) | 3 months ago 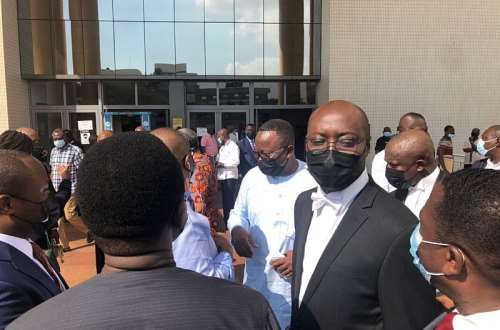 Former Deputy Minister of Finance, Dr. Casiel Ato Forson has been granted GHS3 million bail after pleading not guilty to charges of causing financial loss to the state.

In December 2021, the state through the Director of Public Prosecution Mrs. Yvonne Atakora Obuobisa filed charges against the Ajumako-Enyan-Esiam Member of Parliament and two other persons.

In Court today, Dr. Forson did not only plead not guilty to charges of causing financial loss to the state but also did same for to the charge of intentionally misapplying public property.

His lawyers requested for bail and it was duly granted with no opposition from the Attorney General (AG) Godfred Yeboah Dame who was in court together with his two deputies; Alfred Tuah-Yeboah and Diana Asonaba Dapaah.

The court presided over by Justice Afia Serwah Asare-Botwe after listening to the parties admitted the accused persons to bail.

Dr. Casiel Ato Forson (A1), was admitted to a GHS3 million self-recognisance bail, while the second accused person was admitted to bail in the sum of GHS1m with three sureties and with one being a public servant not below the rank of a director.

Meanwhile, the third accused person was also granted bail in the sum of GHS5M with three sureities. One of the sureties the court said should be justified with documents of landed property.

The Real Story Of How Medusa, The Beautiful Priestess Of Athena Was Changed To A Beast.