LBGTQI+ Protesters Storm Ghanaian Embassy In The U.S.A. Over The Arrest Of 21 suspected Homosexuals.

By Realnews_around. (self meida writer) | 4 days

In the beginning of the world as said in the Bible, God created a man and a woman and placed them in the Garden of Eden and gave them power over everything. He also asked these two(man and woman) to procreate(give birth) to other offsprings so they may fill up the surface of the earth. This in other worlds means a man is suppose to turn to a person of the opposite sex for sexual pleasure and vice versa.

However, some people seem not have sexual interest in the opposite sex irrespective of how nice he or she may be presented. They happen to find persons of the same gender rather sexually attractive. This has led to homosexuality which some countries have already accepted. 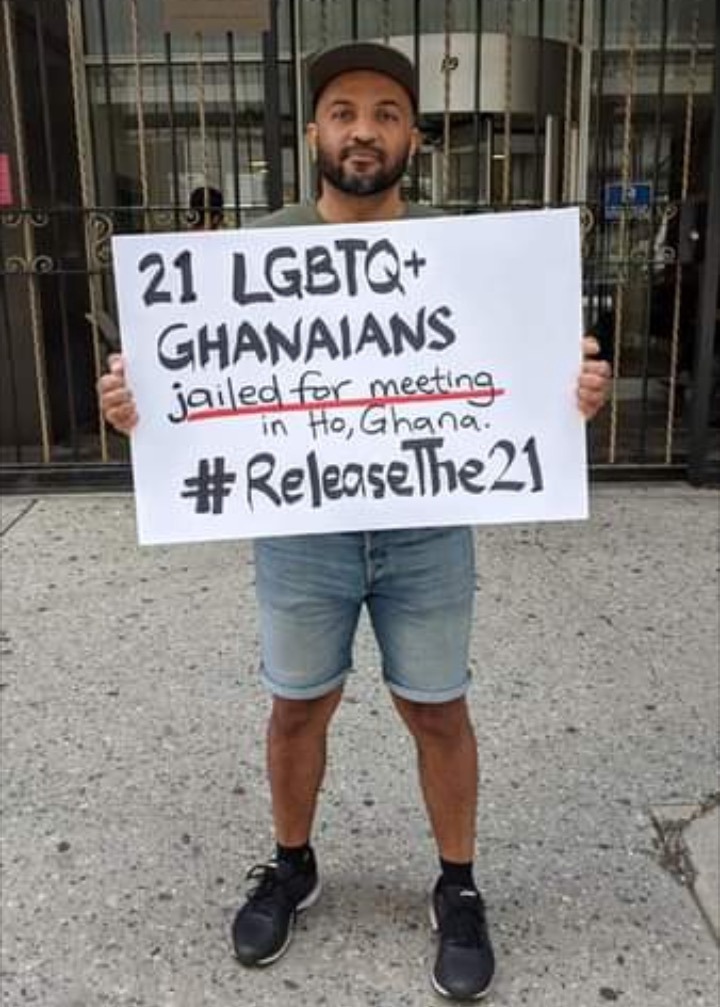 Ghana, fortunately for most of us have not yet accepted or legalized it and some months ago, we even heard of the arrest of some homosexuals in the Volta region. Many applauded such move but some condemned it and claimed it was a move against the rights of the arrested people.

This have angered some people in the United States of America making them storm the embassy of Ghana in Washington D.C. with posters demanding the release of the 21 people and the acceptance of homosexuality. 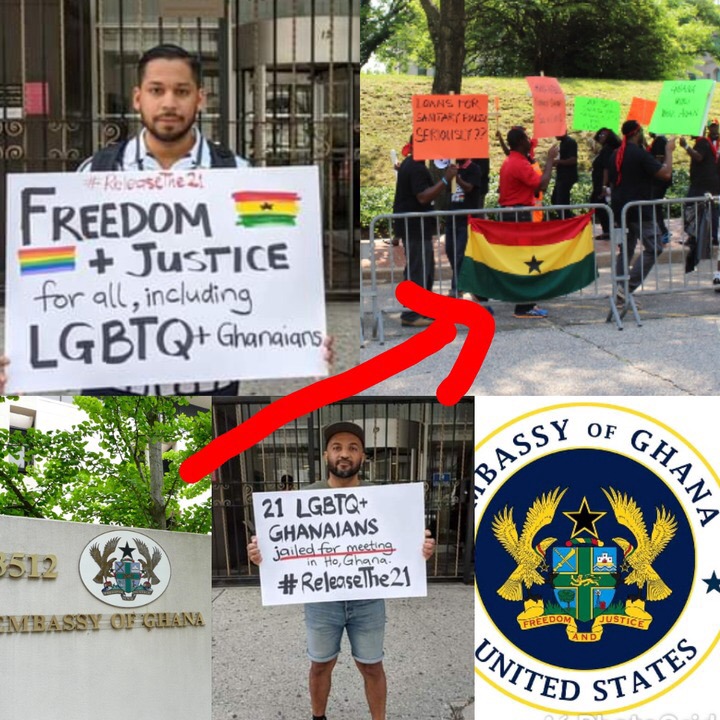 This was reported by Rita Deladem Tesu a human rights activist and an ally to the LGBT group in Ghana. She added that, they will not stop there if they do not get positive feedback and even have plans to come to Ghana and stage a demonstration.

She explained that, the people protesting see the arrest to be undemocratic and unconstitutional since to them is an infringement of rights of those affected people. 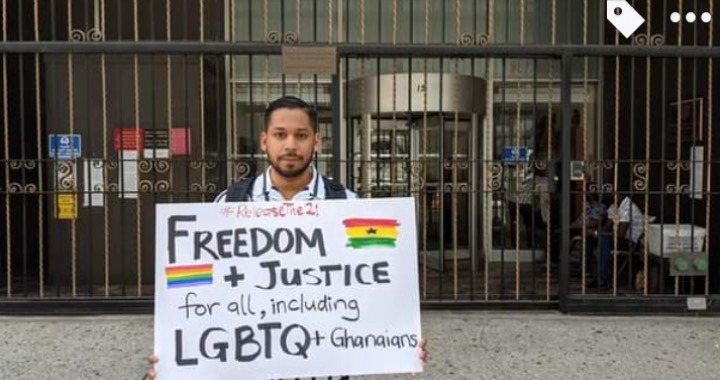 As usual, Ghanaians online too shared some comments and below are some the comments. 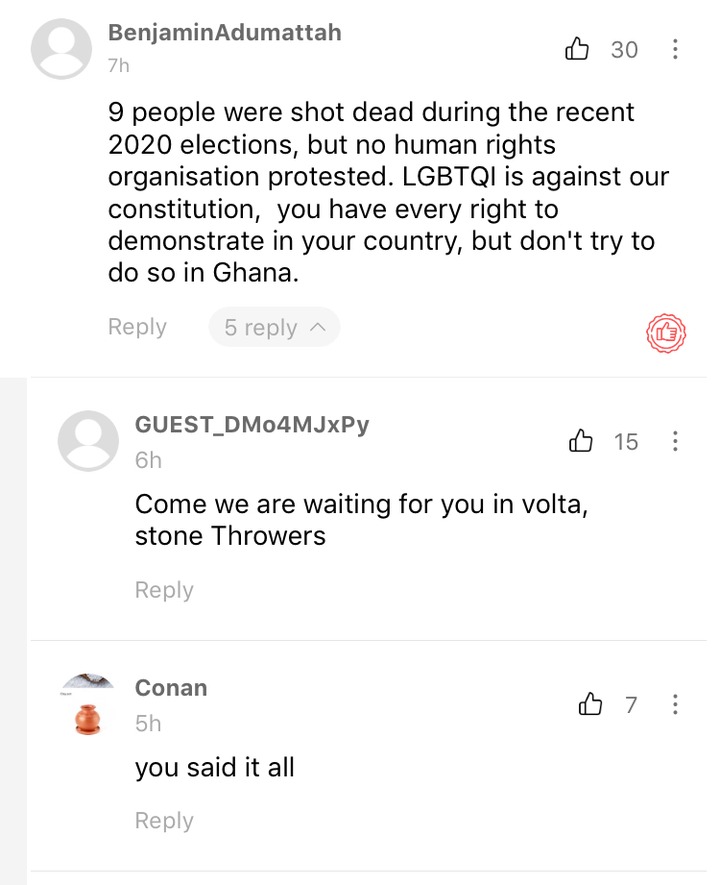 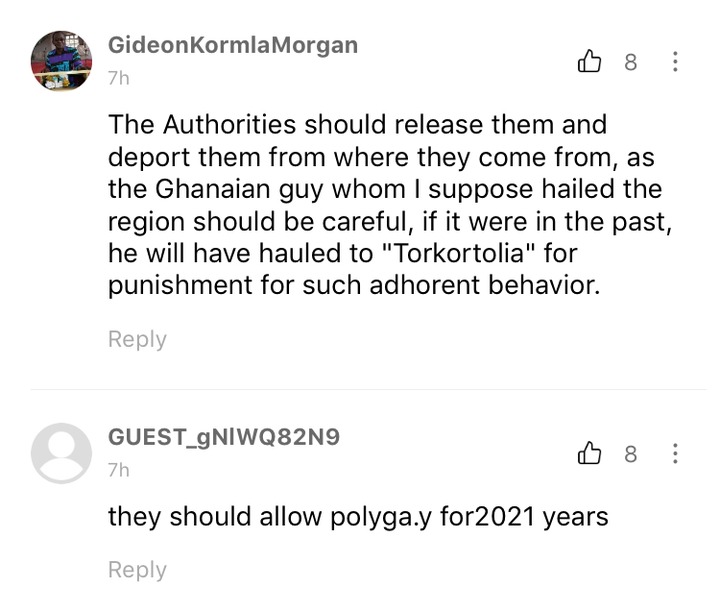