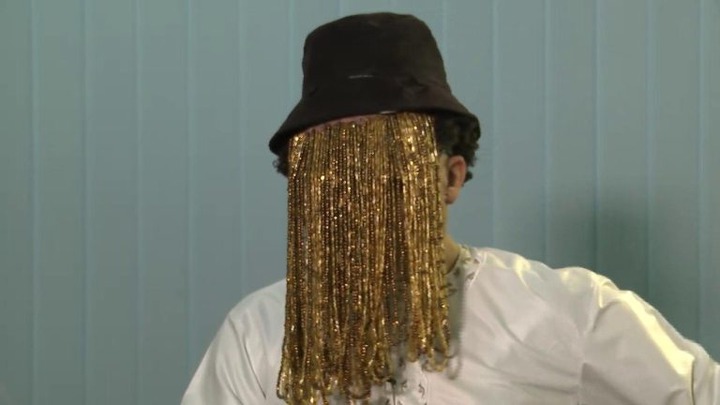 Lawyers of Investigative journalist Anas Aremeyaw Anas have urged the public to disregard reports that their client is being compelled to appear as a witness in court over his Number 12 expose that implicated former Ghana Football Association (GFA), Kwesi Nyantakyi.

In a press statement, the lawyers also discredited reports that Anas will have to appear in court without his trademark mask.

A section of the media reported yesterday that the Supreme court had revoked a High court order for Anas to testify in camera without his trademark face mask against Kwesi Nyantakyi after lawyers of the latter challenged the decision in the superior court.

But lawyers of Anas explained that investigative journalist Ahmed Suale-one of the journalists who drafted the documentary- could not file his testimony when the trial was instituted as a result of his murder.

Due to that, Anas agreed to testify in his stead on condition that he does that it in camera, they said.

It added that Anas may choose not to testify.

It noted, “Anas and the Tiger Eye team will continue to continue to wear the iconic face beads as a symbol of impartial anonymity in investigative journalism and to highlight the extreme risks in that line of duty.” 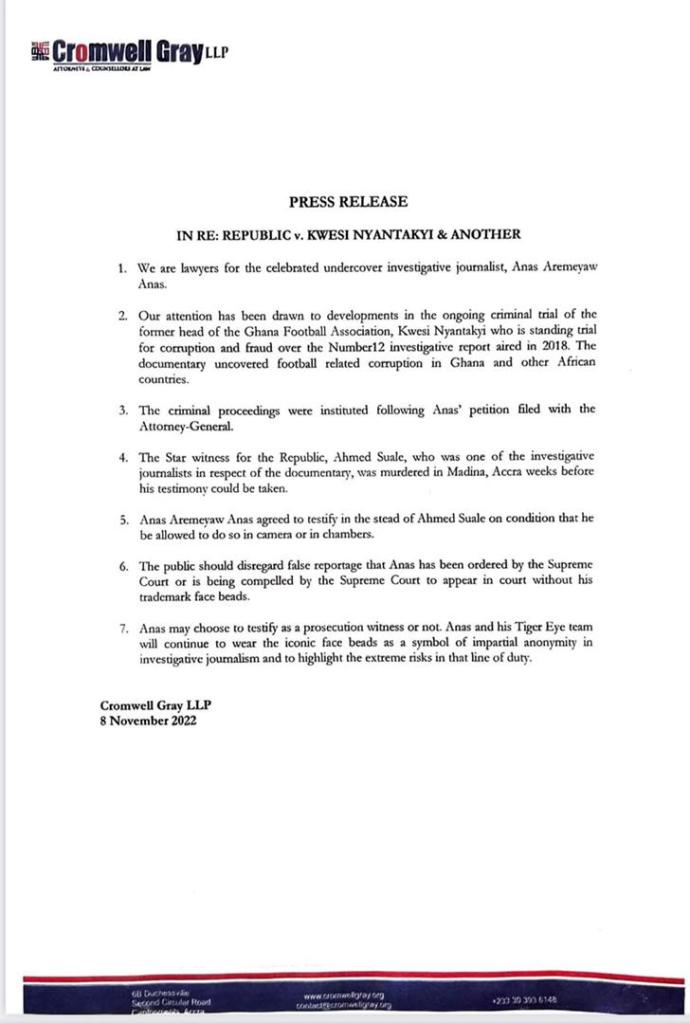 Kwesi Nyantakyi is standing trial over Anas’ Number 12 documentary which was aired in 2018 in which he appeared taking cash gifts and peddling influence.

The documentary revealed gross corruption in Ghana football and implicated 77 other football officials and referees.

That same year, Nyantakyi and the former Chairman of the Northern Regional Football Association, Abdulai Alhassan-who was also implicated- were slapped with three charges including conspiracy to commit fraud, fraud and corruption by a public officer.

They both pleaded not guilty to the charges.