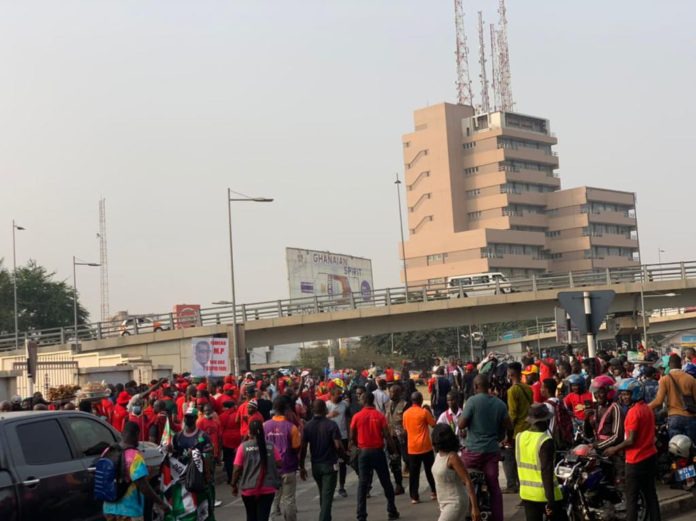 As of June 28,2022, a lot of Ghanaians are complaining about the fact that things are becoming more expensive each and every day, and it isn't because the average Ghanaian isn't quite rich because, according to a global survey, Ghana is currently the second most expensive country to travel to. 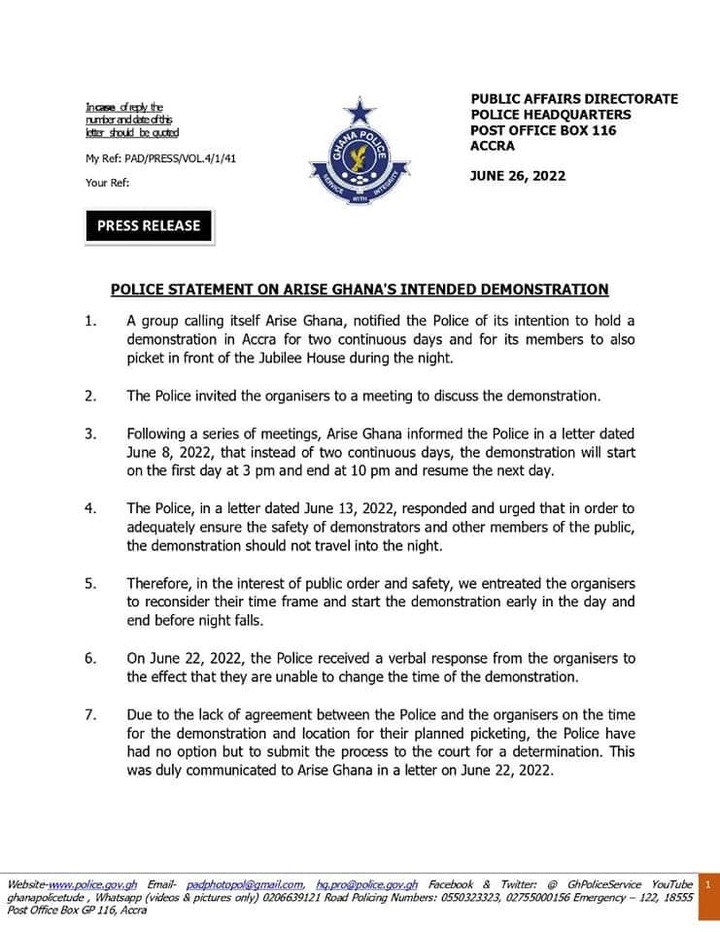 Taking a close look at the current statement made by the police, some individuals who have named their protest "Arise Ghana" have been legally allowed by the police after an agreement with the Accra High Court on Monday, June 27. "provide security for the demonstration once the matters are determined by the court.

The "Arise Ghana" protest group have agreed with the court to start their protest from the Obra spot to the Independence Square, all in the Accra region within 9 hours.

This group will begin their protest today, June 28th, and they're doing this protest because they want the government to ease some things economically. 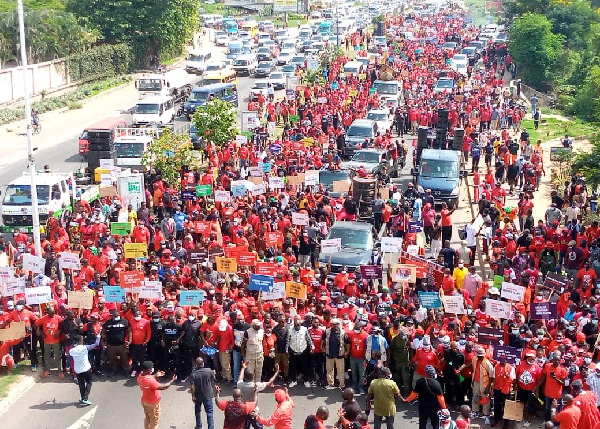 He Has Destroyed Everything We Suffered For: Sammy Gyamfi Sadly Speaks Out

Police Service: We Administer Bail At All Times