Two strong testimonies have been heard today at the Justice Koomson’s Committee of Public Enquiry into Ejura Killings. The accounts were too strong and convincing that any counter claim could hardly be raised against it. The committee were even overwhelmed with the testimonies as they had to a point in time advice that they hold onto some information for the Police so it can assist their investigations.

Two key witnesses, all women and co-tenants with late Ibrahim Mohammed Kaaka [alias Macho Kaaka], detailed what happened the night of the attack on the deceased. First was Sadia Fuseini, the woman who had been dared late Kaaka’s wife to testify by the Qur’an.

In her testimony she indicated that the murder suspect, Baba Iddi Mohammed was the one who assaulted Kaaka. She disclosed that she was anxious about disclosing that truth to the wife of the deceased because it could inflame some family tensions. 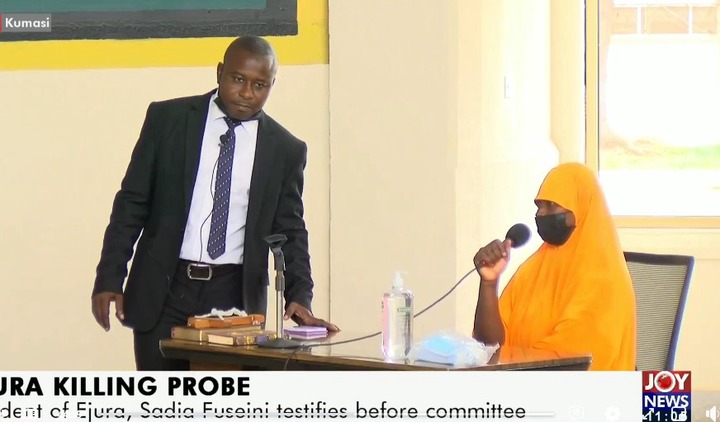 In her account, Baba Iddi Mohammed brutalized and dragged the body of Kaaka to the bathroom. She reiterated that she saw everything but was frightened and rushed to the husband to inform him.

Her account about the body of Kaaka being dragged into the bathroom confirms the blood stains wife of Macho Kaaka stressed, was found at the bathroom and at the corridors of the house at day break.

Another witness, Alhassan Muniratu confronted the committee with her version of the issue. She was the lady [co-tenant] who allegedly bumped into Baba Iddi Mohammed when she rushed to Sadia Fuseini to enquire about the situation that dawn. 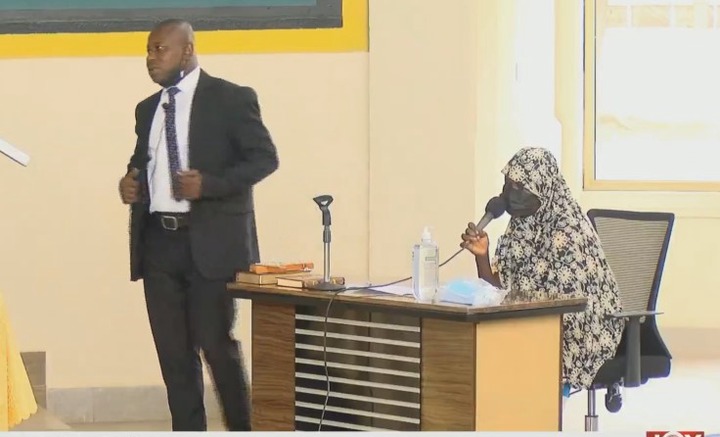 Alhassan Muniratu, the second witness testify to the committee

She confirmed hearing someone groaning that night after a striking sound when the engine of Kaaka’s motor went dead. She indicated that Baba Iddi was long gone when she got to Sadia.

The two women confirmed to the committee that they have been threatened and antagonized by the family and some neighbours after they reported the incident to the police. For Sadia, the threat has caused her to seek asylum elsewhere.

The committee has also taken an account from the husband of the first witness and it confirmed the earlier reports about the murder. They have adjourned, and are expected to sit tomorrow for another batch of testimonies.

These accounts from the two women stand to clear to an extent any form of doubt that Kaaka's wife and family had expressed about the incident. But it must be emphasized that the police would take these leads up and interrogate further to incriminate or otherwise the suspects arrested in this matter.

But from what had been said so far, could there be any testimony to exonerate Baba Iddi from these charges? I leave this to my cherished readers to tell.