By Tinchie (self meida writer) | 19 days 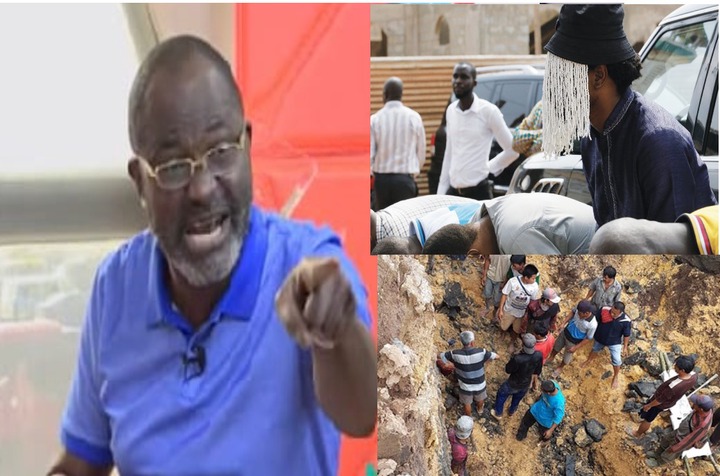 The battle between investigative journalist, Anas Aremeyaw Anas might take a new dive as Kennedy Agyapong is alleging that he caused the murder of some Chinese nationals at some gold mining sites in Ghana. According to Kennedy Agyapong this information has been given to the court for investigations when he was invited to respond to a writ filed against him by Anas and his ‘mentor’ Malik Abdul Kwaku Baako Junior.

He voiced with some anger that there is sufficient evidence to his claim, and that it had already been tendered in court. The Assin Central lawmaker told Daddy Fred in a virtual interview that Ghanaians will be surprised to learn how evil Anas Aremeyaw Anas is.

Kennedy Agyapong cried that his own party; the governing New Patriotic Party (NPP) have trusted and shielded Anas despite the obvious threat he poses to their government. He recounted that Anas’s Tiger Eye P.I, initiated a grand scheme to blackmail some top Members of Parliament in the NPP, in the early years of 2018.

“I have gone to court and stated clearly that Anas killed them. He is an evil guy. I wonder why the NPP is shielding this evil boy. Early February 2018 he was plotting to blackmail some NPP MPs,” an infuriated Kennedy Agyapong stated.

He however did not provide the identities of those Chinese nationals who allegedly were murdered by Anas Aremeyaw Anas, and even the places they were murdered. The detail may sound very novel to many Ghanaians, especially knowing the extent to which Kennedy Agyapong could go with his allegations.

Kennedy Agyapong has for the past four years waged a war against Anas and his team, over how they conduct their suspected corruption investigations. He has often concluded that the journalist blackmails his victims [often public officials] by distorting facts in his video documentary to suit an agenda.

Readers shouldn't be surprised to hear another lawsuit filed against the Assin Central lawmaker over this claim. The are very grave allegations, and Daddy Fred realizing that tried to stop the MP from continuing but that couldn't stop him.