I Want To Speak The Truth: Ejura District Police Commander Makes A Confession To The Committee 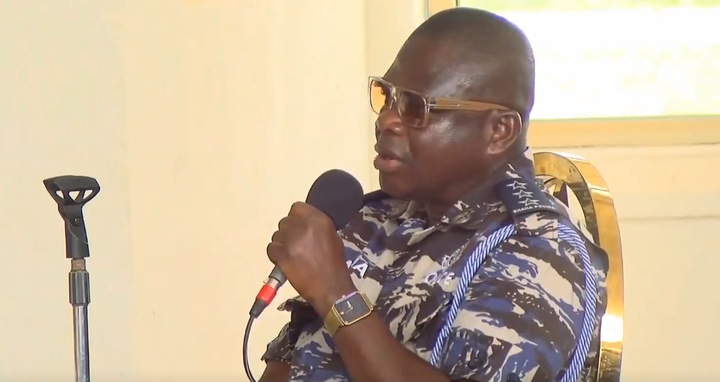 It was a moment of truth and confession when DSP Philip Hammond announced his presence before the three-member committee in the Ejura shooting brouhaha. He was made to answer questions about how the entire protest began. He proved himself to be on the top of his game by indicating that the death of Macho Kaaka was not the only issue that triggered the anger. He revealed that the youth initially wanted to burn the police station, a situation that was prevented by some opinion leaders.

The allegations were that someone had physically assaulted their Member of Parliament in a separate confrontation. the angry youth were in the process of seeking justice when the death of Macho Kaaka was announced. They were seeking justice for the two unfortunate situations but the number of police officers in the community was minimal to bring the issue under control until it escalated.

This background made the committee probe further on the number of personnel stationed at the Ejura Police Station. Various accounts before the committee had revealed that Ejura is a hotspot and needs a strong police force but the commander, DSP Philip Hammond kept insisting the situation was under control. Members of the committee kept asking if he would want something to be done to improve the status of security in the community but he insisted a second time that everything was under control.

The committee took time to explain to him that they are asking those questions for future recommendations so that it will inform policymakers to improve the security situation in the area. They told him that if he refuses to open up his command will continue to suffer. It was at this point that the commander decided to speak the truth and begun revealing his challenges before the committee.

“I’m sorry my Lord I did not understand the question from that point but we are woefully inadequate in terms of personnel at the Ejura Police command and that is the truth”. He confessed to the committee.

His confession finally made the committee understood why there was the need to call for military reinforcement. Apart from the inadequate personnel, the Ejura District Police Command also lacks basic logistics and the committee has documented all of the challenges for recommendations. Since the place is a hotspot, it is expected that arrangements will be made as soon as possible to improve the existing situation for effective policing.