By Soforinyarko (self meida writer) | 14 days 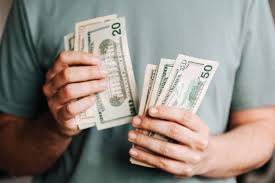 There are numerous reasons why we purchase more than we require. Some reasons appear to emerge from our own internal motivations, while others appear to be thrust upon us by society. The incentive for excessive consumption, first identified by a French philosopher named Denis Diderot in the 18th century, is nevertheless prevalent among us today. The Diderot Effect can be summarized as ‘’the introduction of a new possession into a consumer's life will frequently result in a spiraling consuming process.” To put it another way, buying one new item usually leads to the buying of another which we had no plans to buy. For example, after purchasing a new dress, we instantly begin looking for new shoes, watches, and other accessories to complement the new clothing. 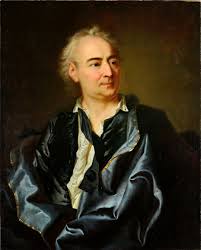 Denis Diderot, the French philosopher and Encyclopedia’s chief editor, received a new, magnificent scarlet dressing gown in 1765. He hadn't paid much attention to his belongings as a writer until the robe, which was his first premium possession was given to him. However, the magnificent scarlet dress he received as a present made him miserable instead of being happy. Everything he possessed at the time contrasted with the new item he received and to him there was no longer any consistency between his possessions, resulting in a tremendous upgrade of everything he had ever owned, putting him in debt and compelling him to constantly seek out new things to add to his life, even though he had no money.

Life has a natural propensity to fill up with additional things. Our natural inclination is to gather, add to, upgrade, and expand upon what we already have. The truth is that we already have plenty of the things we think we need and they are perfectly adequate. However, because something new had entered our life, we are quickly dragged into a spiraling consumption process. And that’s all that the Diderot Effect is about. According to the Diderot Effect, there will be more things competing for your attention in your life, therefore you must learn to filter, discard, and concentrate on things that actually matter. Many of us are fallen victims of the Diderot Effect without even realizing it.  While this behavior pattern benefits business owners by increasing sales, it can also cost you a lot of money, as well as make you feel uncomfortable about your present possessions and fool your mind into thinking you need even more items you didn't know you needed. So, how can we avoid the Diderot Effect in our daily lives and stop this cycle of wasteful expenditure? Once we're aware of the Diderot Effect, it's much easier to see it sneaking up on us. Here are four tips to help you resist The Diderot Effect

1. Reduce exposure to triggers and cues 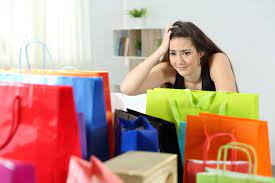 A trigger or cue is used to start almost every habit. Avoiding the behavioral triggers that produce the Diderot Effect in the first place is one of the simplest methods to minimize its power. If you go to the mall or the nearest shopping center on a frequent basis, you are compelling yourself to shop more.  No one can live in modern society without being exposed to advertising; it is simply too pervasive. However, try and do everything you can to limit the temptations. The more time you spend watching advertisements for new things, the more likely you are to want them. If possible, avoid social media, YouTube, television, and any other outlets that will drain your wallet or bank account if you allow them. Basically, anything you see has the potential to elicit an uncontrolled urge so reducing the visual cues reduces the desire or urge to acquire additional items.

2. Purchase items for their functionality rather than their status

Avoid trying to please people with your possessions and start impressing them with your life. If you're going to buy something, be sure it's something you'll use rather than something you'll use to impress people. If you want to impress someone, focus on your way of life rather than your possessions. When buying something, the most important thing to remember is whether or not it will be useful. It's natural to desire to deceive others with our looks and assets. However, unless you have a lot of cash on hand, it's usually a pretty foolish decision. Always keep in mind that you are not your possessions. Don't overspend solely to maintain the image you've created for yourself. It will lead to your financial ruin over time.

3. Redefine Your View of the concept of Wealth and Physical Artifacts

Instead of feeling envious when you see a large new house or a flashy car, remind yourself of all the costs associated with keeping those more expensive assets. Always be grateful for what you have now because gratitude for what you already have is preferable to striving for bigger and "better" things. Create boundaries for yourself to operate within to live a carefully controlled life without being envious of people's possessions.

4. Avoid peer pressure as much as possible.

It's time to evaluate the people you hang out with and cut ties with them if you believe they are preventing you from changing your methods. It's fantastic if you can persuade them to follow you. Take a time to consider what kind of life you want to have yourself. What kind of style do you want to adopt and what do you want to wear. Once you've figured it out, only buy things that fit your specified persona and ignore the rest. Just remember that you can always choose to shun peer pressure and make wise financial decisions on your own. 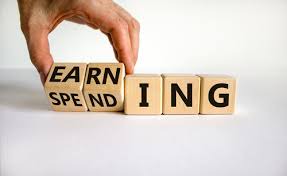 This isn't a request to avoid making impulse purchases in the future. However, you might want to know if there is anything you can do about those unforeseen additional purchases that make your first buy much more expensive than you had intended. It's possible that you won't notice the Diderot effect happened until it's too late. And it has a significant financial impact. Remind yourself that living modestly allows you to save even more money for crucial financial goals like financial independence. Obviously, no one wants to become impoverished. That is why it is critical to combat the Diderot Effect as soon as possible.

Please feel free to share your experience of purchases that, in hindsight, followed the Diderot effect in the comments section.

Content created and supplied by: Soforinyarko (via Opera News )