The Slave Den At Elmina Castle In Ghana

By generalconcept1 (self media writer) | 11 months ago 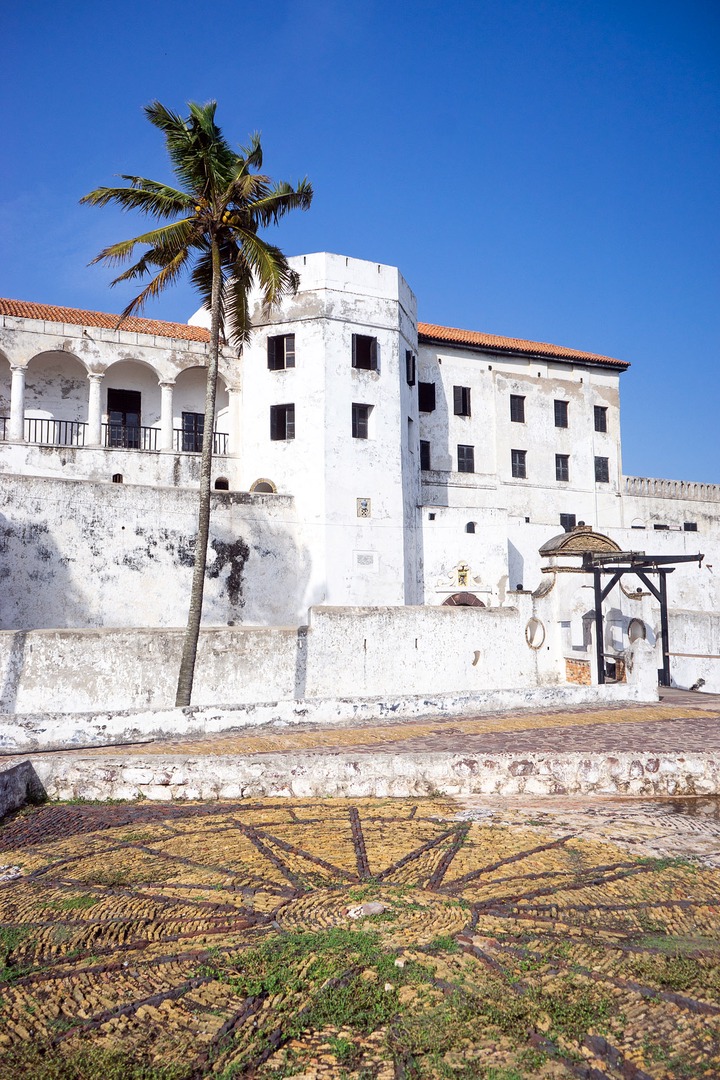 Constructed in 1482 by the Portuguese, who called it São Jorge da Mina, Elmina Castle is the oldest existent colonial structure in Sub-Saharan Africa. It’s held up beautifully throughout the centuries, but as a center for the transatlantic slave trade, much of its history is dark. We took a tour, during which we were confronted with the unthinkable conditions suffered by the prisoners, before they were shipped off to the New World.

The Elmina Castle which exists today has very little to do with the structure originally erected by the Portuguese. It’s been expanded multiple times throughout its history, after changing hands to the Dutch and then to the English. Today, it’s grown into a massive complex, which reaches up to four stories and boasts a view that encompasses all of Elmina.

Our guide touched on the architectural history of the fort, pointing out the few remaining elements of the original Portuguese construction, but mostly he focused on the slave trade. As a European-American, I feel an acute sense of shame whenever confronted with history like this. And I suppose that’s correct. It’d be inappropriate to waltz into a place like Elmina Castle, without any sense of ancestral guilt.

What we learned during the tour, however, was that Africans share that sense of guilt. My ancestors might have bought the slaves, but the ancestors of many Ghanaians sold the slaves. The only people who are truly without responsibility in this situation are the victims; the people who would become African-Americans, bought and sold against their will. They weren’t just traded, but treated like animals — murdered for the slightest of reasons, chained, humiliated, raped, and kept in conditions so unbelievably inhumane that it beggars a modern conscience to believe it.

But there it is. We can see it. I mean, we’re here, standing in the literal cell where dozens of prisoners were imprisoned for … nothing. For no crime at all, simply enslaved to satiate the greed of others. And as much as we all abhor the idea of slavery, actually seeing these trading centers in person is sobering. It’s not like my visit to Elmina Castle “taught me” that slavery is bad, but it opened my eyes to a reality which I had previously understood in only abstract terms. (And I’ll concede, I still understand it “abstractly” — but Elmina is as close to experiencing slavery as I really need to get.)

The tour was fascinating. Despite the upsetting history, our guide kept things moving along; not shying away from the horrors, but also not dwelling on them. We learned lascivious details about the Dutch governor who lived on the top floor. From time to time, he would call the female slaves into the courtyard below, where he could inspect them, select one, and bring her up to his quarters for rape. And we saw the narrow doors through which the slaves were transported into their cells, then out toward the sea. When they were stolen from their villages in northern Ghana, they had no idea that they would be shipped across an ocean. They’d surely never even seen the ocean, before. How could they even know about the existence of the New World? It must have been so disorienting; this is a detail I’d never considered, and one that’s stuck with me.

A visit to Elmina Castle isn’t “fun”, but it’s important to confront ourselves with the darker sides of human history — especially during an era in which many seem to be forgetting it. We’re capable of great things, but also of unspeakable evil… I know that’s not an original thought, but it’s really true. Even if it’s not pleasant, we have to remember our darkness, and stay vigilant against it. Places like Elmina Castle can help us do that.

The Hypocrisy:APlus “Bites” Sarkodie For Being Flexible On Nana Addo

You Are In The Right Place: This Is How To Tell If You Have Feelings For A Guy