The Nsamankow war of 1824, was the first Anglo-Ashanti war between the British and Ashantis. This war occured when the Ashantis wanted to have access and trade with some Europeans countries who use to trade along the coast. The Fantis who already lived at the coastal area ,with their British friends turned down the Ashantis.

This brought a conflict between these two Akan states. The Ashanti out of anger raided the coastal areas and forts belonging to the British.

On 1 February,1823, the Ashanti kidnapped and murdered an African serviceman of the Royal African Corps. Also a small group of British was led into a trap which resulted in 10 killed, 39 wounded by the Ashantis.

This angered the British so much. Later they also realised that, why the Ashantis wanted the coast so bad, was to sell slaves to other European countries whiles slavery was abolish in Britain. 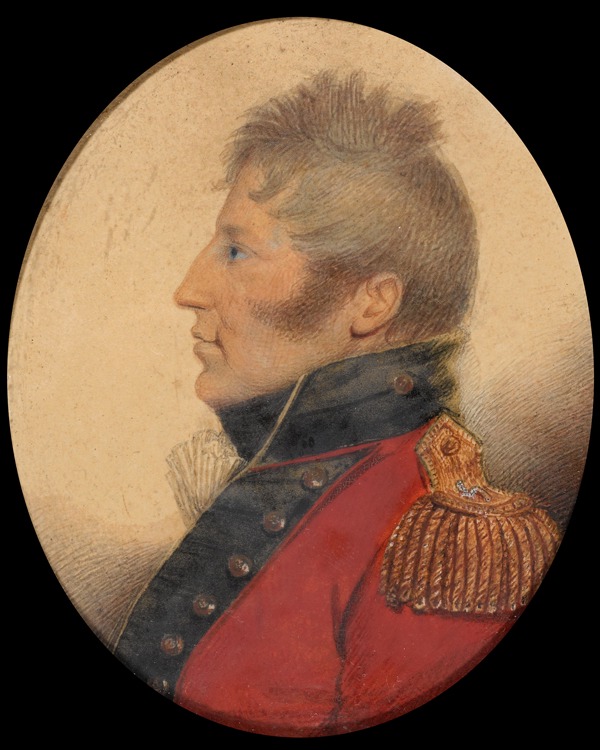 On 20th Junuary 1824 ,the British led by Sir Charles McCarthy, the governor, rage war against the Ashantis. Sir MacCarthy led his force of about 500 soldiers (mixed with the locals and british) from Cape coast and marched them towards river pra. He had plan on meeting with other troops of about 2500 led by Major Alexander Gordon Laing.

Without having joined forces with the other the other troops, his force camped by a tributary of the Pra River. The next day, at around 2pm, they encountered a large enemy force of Ashanti army of around 10,000 at Asamankow. The British started the massacre by shooting their emenies ,later they ran out of ammunition and were overrun by the Ashantis. Almost all the British force were killed immediately while 20 managed to escape.

When Sir MacCarthy, along with his ensign,Wetherell and his secretary Williams, attempted to fall back. He was wounded by gunfire, however, and killed by a second shot shortly thereafter. His ensign, Wetherell in an attempy to defend Sir MacCarthy's body was also killed .Williams his secretary was taken prisoner for several months and was spared death when an Ashanti sub-chief he had done a favour for recognised him.

Williams was held prisoner for several months in a hut which he shared with the several heads including that of Sir MacCarthy and Wetherell, kept as trophies of war. McCarthy's gold-rimmed skull was later used as a drinking-cup by the Ashanti rulers.

Content created and supplied by: Kobi123 (via Opera News )