"I Bought a Bush Meat Not Knowing it's a Human Flesh," - Then The Unbelievable Happened (Fiction) 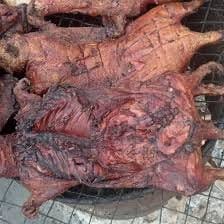 One day i found a lady GB bushmeat seller in my shopping on the market. And as my husband loves it, i became the seller's loyal customer to the point that i placed orders at home.

Then i went into the market after over a week without any news from my customer and after not receiving my order, i picked up my order and received news from the GB who was not reachable too, so her neighbors told me that my seller had been captured in her village in a Witchcraft gathering.

In fact, during a funeral in his village and on the way to the burial, people carrying the remains were suddenly hit by a supernatural force, which made them return to the village and they were struck by the spirit of the dead. And all the named persons were guilty of the death of the deceased, or participated in it. 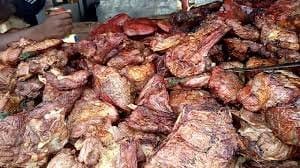 After his willingness to confess that he was involved in the deceased's death and admitted that he had several other deaths, his brotherhood had turned its victims into a game before they were executed. That's where he gets his goods from, i mean the supposed bush Meat he sells to us.

I got this news in my spine like a dagger. This news so paralyzed me that i wasn't eating for a few days and i was even skeptical about the meat consumption.

I hope we have learned one or two things from this story? .... don't forget to share with others so that that can also learn from it