By InfoLab (self meida writer) | 18 days

Aside from being closer to us in terms of language and liking to come to Ghana, you may have perceived Nigeria as a country plagued by kidnappings, extremists and bandits and I’m sorry but that's just a narrow view of the country. There's a whole lot more about the nation of Nigeria and I’m here to uncover some fun unusual and interesting things you didn't know about this country. Below are 5 things you probably didn’t know about Nigeria. 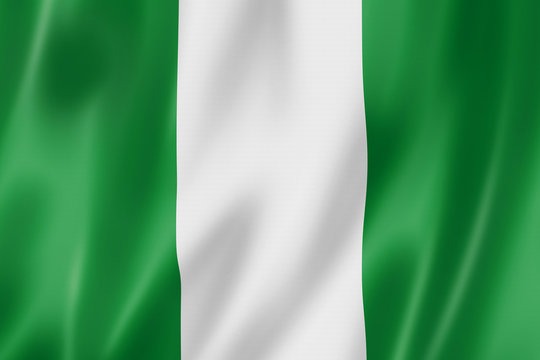 1. Nigerians Are the Most Optimistic People

Gallup’s poll of 53 countries showed that Nigerians scored 70 points for optimism and another study by the UK's new scientist magazine found that Nigerians were the happiest people in the world and that's a lot of happy people because the population of Nigeria accounts for 2.4% of the world's population. That means 1 in every 40 people on planet earth is from Nigeria.

As of 2021, 214 million people call Nigeria home and 22 million people live in Lagos, the largest city in Nigeria. There are 500 ethnic groups in the country and over 600 distinct local languages spoken so anyone who thinks because they've met one Nigerian you know Nigerian culture, well, sorry to pour sand in your eyes but you don't. What’s more? Nigeria is expected to have a population of 400 million people by 2050, so it's time to get to know the country.

2. Nigerians Have a Long History of Being Industrious and Entrepreneurial

Nigeria is home to the world's largest earthworks carried out before the mechanical era, the walls of Benin in Ido State. The earthworks are banks and ditches called Aya in the Ido language. Development didn't stop there though, Nigeria is home to Africa’s oldest dye pit; the Kofar Mata Dye Pit, which was built in Kana was established in 1498.

The ancient methods and skills have been handed down from generation to generation to preserve the traditional dye process used in this part of northern Nigeria and if that doesn't impress you, in 1851 Kano city, one of the largest cities in Africa at the time made 10 million pairs of sandals and produced 5 million hides for export annually.

3. Nigeria May Have Gone To America Way Ahead Of Columbus

This fact is about to flip your worldview on its head. You’ve probably heard that Columbus was the first overseas explorer who got to America in 1492 but what if I told you there was evidence that as early as 1000 AD, there might have been contact between the ancient Americans and the Yoruba kingdom in the southwestern part of Nigeria? The ancient city of Ife contains paving decorated with patterns originating from ancient America. Historical evidence shows that the city was paved in 1000 AD on the orders of a female ruler to date, it remains controversial how this came about.

4. Nollywood Is the Second Largest Filmmaker

Nollywood is the name of the Nigerian film industry but don't be fooled this isn't some small-time art film industry. Nigeria produces anything from 1 000 to 2 000 films a year and the industry brings in around 250 million dollars annually. Some Nigerian filmmakers don't like the term Nollywood because it stems from a 2002 New York Times article, which named it as such.

It feels to some a little bit imperialist and the industry was named by a foreigner so there's that but regardless of what you call this impressive film industry, the sound of Kumawood by any other name would be just as sweet. Quick question though; who are you thinking is number one in the film industry? If you thought Hollywood, then check your facts well. According to Studio Binder, Bollywood is the largest film producer in the world.

5. Nigeria Contends In the Space Race

National space research and development agency is the national agency of Nigeria. Despite financial struggles, it remains one of the most advanced space agencies in Africa. They currently have four satellites in orbit, which have been praised for their high-resolution images. The first satellite Nigeria sat-1 was launched in 2003. The objectives of this satellite were to give early warning signals of environmental disaster, detect desertification to assist in demographic planning and help with disease and border dispute resolution by accurate mapping.

In 2016, the minister of science and technology, Ogbanaya Onu announced that by 2030, Nigeria would send an astronaut to space. It wasn't met with full support because many didn't feel it was a good enough use of government spending. Of course, it didn't help that there was a scam email circulating at the time about a Nigerian astronaut lost in space but you gotta have a good sense of humour about these things.

If the Economy is stable then why do you tell us to donate 100 Cedis? - Bawumia must answer.