Sleeping With 3 Women Daily Is Killing Me, I Want To Quit Money Rituals - Young Man Cries Out

By NiiOdoiGH (self media writer) | 2 years ago

Economic hardship, laziness, and pressure from family and friends has forced many young men especially in Africa to be engaged in Money Rituals.

These young men seem not to understand why they should go the long way to succeed whiles they can consult a ritualist and with one or two rituals they can become a millionaire or even a billionaire over night.

According to Yussif, he had to sleep with three (3) women a day due to his involvement in money rituals. He wants to quit but he has no idea how to go about it since there's no turning back.

The only advice he can give to the young men is to take their time and not be envious of someone’s riches for you don’t know how he made his money.

It all started when his family could not afford to take him to University when he completed Senior High School because they didn't have the money.

Due to the hardship at home, he decided to move from home to stay with a friend who was selling on a high street but was in the process of engaging in Money Rituals.

His friend was living in a single room where his other friend who also was engaged in money rituals lived some time ago but had to move within the shortest possible time because he turned into a millionaire overnight.

Yussif helped his friend in selling his petty goods on the high street. His friend was a good and kind person to him and even he started allowing him to go and sell his stuff so that he can get some money at the end of the day whiles his friend focuses on the money rituals because that one seem to him more profitable in the near future than to take risk in selling on the high street where a vehicle can knock him down at any given point in time.

His friend's boss who is believed to be the person who ushered Yussif's friend into money rituals was driving in range rover and had a big mansion in West Legon and fleet of cars parked on his compound. The sight of Yussif's friend's friend could motivate any young man into money rituals in the area or town because he was living a luxurious lifestyle.

Yussif's friend had finished eating one sunny afternoon and told Yussif that he is travelling with his other friend to Yendi, a town in the northern part of Ghana to see a man who will help him become successful in money rituals.

For about three months, Yussif was living alone in his friend's single room since he had left for Yendi. Yussif lived happily there alone selling the petty goods and feeding himself. He also didn’t spare the girls in the neighborhood since he was sleeping with them one after the other. He one day regretted when three (3) ladies bumped into each other at Yussif's house and fought till they were tired and left. The embarrassment they brought to him couldn’t change anything the next day as a new girl came to enjoy his new bedsheet. 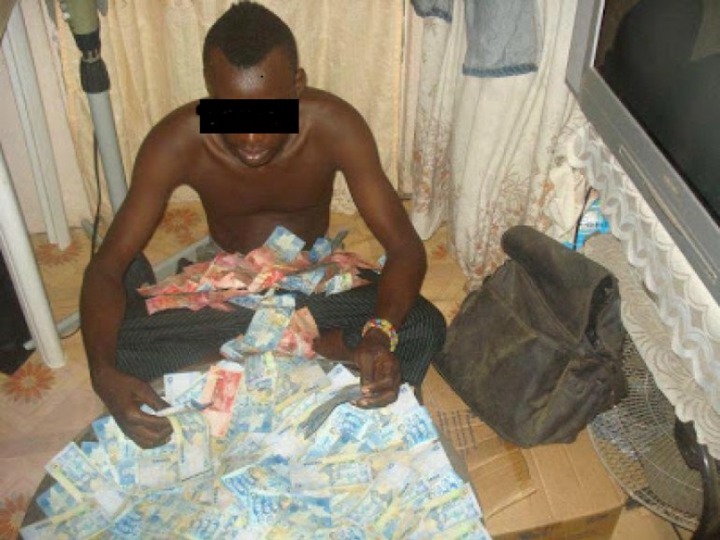 Yussif was getting ready to go to work one day when ge heard a hard knock on the door. He opened the door and to his surprise it was his friend. His friend had changed totally with good clothes on. His friend told him to come out and see his new car and to Yussif's outer most surprise it was a brand new range rover, Yussif and his friend quickly sat in and sped off to his friend's new house, it was a newly acquired mansion. Yussif sat in the living room with his friend talking about life and Yussif's current situation compared to his friend, and he told Yussif to keep quiet for first thing tomorrow morning they will be going to see the man who helped his friend to become rich. Upon hearing that, Yussif was very glad and thanked his friend so much. 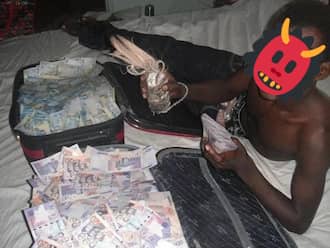 The next morning came and Yussif together with his now rich friend booked a flight to Tamale and continued to Yendi to see the man. At the man's place, he asked Yussif to perform some rituals and told him that all he needs to do is to sleep with three (3) women daily but immediately, Yussif interjected and told the man that three (3) women daily will kill him faster than any deadly diseases. But Yussif's friend convinced him to do it for he had a very simple way he will show him to go about it. So Yussif quickly agreed to do it and they came back to Accra. 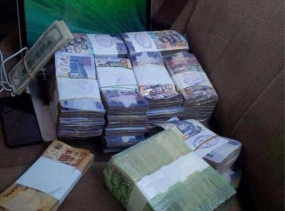 It’s been five (5) months since Yussif and his friend came back from Yendi to Accra. Yussif now have fleet of cars and four (4) mansions in East Legon alone.

Yussif chased money and got it and lived a luxurious lifestyle but he has realised he is dying slowly due to the energies he is losing by sleeping with three (3) women daily.

Yussif feels in his heart that his life is short so he must look for means to spend the money. Those who have gone to the man at Yendi for money rituals and became rich have had a motor accident and died. I see money every day but in my heart i know death is imminent, says Yussif. Had I known is always at last.

Content created and supplied by: NiiOdoiGH (via Opera News )

Her enjoyment in bed would be bad if she hates these

Experiencing Pain in Your Breasts Or Nipples? See Reasons Behind It

"99% Of Ghanaians Can Answer This" - Guess The Look Alikes Of These Two Kids Breaking The Internet.